I have been blogging for as long as I remember but only recently gave some thought to moderating comments. For me, intolerant comments were simply an illustration of my point and aggression discredited the trolls. I have never bothered to remove a single one. 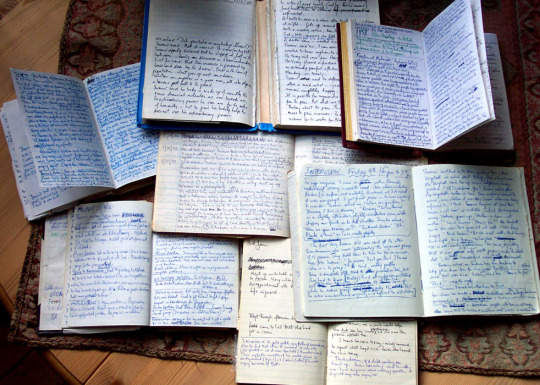 Then one day a reader wrote to me. She wanted to share her thoughts on a post but she was afraid to be attacked for it by the trolls. Even under a pseudonym. It made me think. Up to that point an aggressive troll was an amusement – unless he (always a he) attacked one of my guests. In which case I attacked back. It is one thing to attack your host, my argument went, but if you hurt my other guests you will meet my (verbal) wrath.

I have also read this surprising article from the social media moderator of Monica Lewinsky’s TED talk. At first, the hatred kept pouring in – and people who saw it either contributed to it, or stayed silent.

But then an interesting thing happened. After hours spent boosting the positive comments and purging most of the brutish ones, the tide started to turn. People started to write things like, “Brave woman. My first reaction was negative before I even clicked the link — then I realized that was the whole point and why she was the perfect person to give this talk.” … The flood of vitriolic comments dried up to a trickle.

So when people saw that other people are actually positive towards Lewinsky, they either changed their minds – or just dared to share their own positive thoughts as well. Either way, the presence of positive comments (and perhaps the absence of negative ones) made a difference – and eventually there was no more abuse to weed out.

When people see that others are positive – they tend to be positive themselves.

So I conducted an experiment of my own. I wrote about gender – a subject everyone feels competent about but surprisingly few are (also, a troll magnet) – and split the post in two. The first half went online and I did as I always do: let the debate unfold.

The post reached 8000 readers, gathered 800 likes (the usual ratio) – and attracted a few dozen bloodthirsty comments. Most of the trolling came from just two email addresses – using three nicknames each. (Only I can see that as the host.) Not surprisingly, they all agreed that “liberal-Bolshevik rot” must be eliminated (a thing that exists in the head of Hungarian fundamentalists), that my mother was a prostitute, and they (he) attacked my other commenters in unison.

The next day I let the second half of the post loose – but this time I had a plan. My resident troll struck immediately. (I swear he can comment before I hit ‘publish’ – marvellous creature with a lot of time on his hands.) I quickly deleted his comment and blocked his email address for the rest of the day. The same fate befell the next two mudslingers. Then I sat back and waited. The readers and the silent likes came pouring in as usual but no one started a conversation until someone wrote:

Then came the avalanche. After the first tentative expressions of agreement and civilised disagreement, the conversation started in earnest. And the quality was above everything I thought was possible on the internet. The post clocked up 12 thousand page impressions and over 150 comments. But what comments! It would quickly restore your faith in humanity.

And then a long comment arrived from a transgender woman, who offered unbelievably detailed insights into gender change and her experience with hormonal therapy. Her comment ended in a thank you:

“I wrote this because I saw the thoughtful conversation and felt that I wouldn’t be attacked.”

…and we learn what “the people” think from the comments sections.

Everyone claims that they don’t read the comments. Curiously, however, they can always quote the most outrageous ones out there, and Reddit still exists.

The truth is, comment sections are where people learn “what people think”. It is neither logical nor very uplifting, but articles are regarded as editorial content – while the comments are read as the voice of “the people”. People take people’s temperature from personal encounters and comment sections – and neither is a representative sample.

Online discourse is not representative, because it attracts trolls only. Once it is hijacked by opinionated fundamentalists normal people stop commenting there.

The consequences of trolling are amplified by our own reflexive nature.

When we see that “others” are angry fundamentalists, we will start to appease them and get used to it.

2 Then we become apologetic about our views – even if in our own heads.

3 We start seeing the world through their eyes – while they never have to even try to see it through ours. It would upset the poor things and they cannot help it. But we can, apparently.

4 We keep avoiding discussions to avoid confrontation with the angry trolls online and off, but the damage is already done.

5 We end up convincing ourselves: “let’s face it…”

Nature, Biology, God, History, Tradition, War, Human Nature, The Sacred Role of the Sexes (and other tropes of authoritarian followers – all strictly in capitals) may be the Inescapable Facts of Life We Cannot Fight – but fundies lend them their verbal support nonetheless. Nature can apparently use a hand from social pressure to remain inescapable.

Or maybe the fundies just instinctively know that creating the perception of majority actually helps make their views come true.

Trolling is a self-fulfilling activity. The more you read them and feel that “people out there” are all thundering, self-righteous fundamentalists, the less likely you are to keep sober and rational – even in your own life.

This is why those nasty comment sections (pdf) matter.

But better than the demented censorship Facebook and Bertelsmann apply in Germany there are more subtle ways of dealing with online hatred and fundamentalism.

No, don’t engage with the hate speech. Don’t try to refute them. Don’t try to convince or defeat a troll, because there’s no such thing as defeating a troll, only in your head. But you can join the conversation by adding sober comments, and a lot of them.

Papers that sent a reporter to keep the conversation on topic and to correct facts, etc. have managed to keep the volume of the crazies down by 15% (they call it decreasing comment instability, which is a cute term and completely resistant to search queries).

Just add sober statements. You don’t even need the facts, only those, who are already convinced need them. Just state your stance – and state it often, until moderates become the online majority. Make it easy for moderate readers to join – even if just by upvoting your comment. Make the threshold for shy and fearful moderates lower.

Yes, those, who come forward with statements like “Jews are just like anyone else” or “Muslims are like everyone else” will be attacked by trolls. Especially since some of those trolls are paid to attack and have a clean 8 hours of workday to burn on this.

But these comments are not there for the trolls – they are for the moderates, who peak at the comments (20% actually spends more time on it than reading the article) and summarily judge all “the people”. If the trolls hijack the conversation, moderates will feel isolated with their views. Even silent majorities can be made invisible (and then completely eroded) if we let the trolls reign alone on the internet.

The German taxpayers are already paying for censors to their Facebook comments. It wouldn’t hurt if those little elves at Bertelsmann would put forward a few moderates comments instead of infuriating and flaming frightened and thus angry extremists even further. (Fake IDs would help to soften the psychological blow of online attacks, by the way. So much abut Facebook policing identities – it cuts both ways and only the uninhibited goes the extra mile to keep setting up disposable IDs. The victims are made a sitting duck.)

Free speech is a value – even when taking into account the impact hateful content has on their more impressionable and confused readers. Yes, hate speech makes idiots commit hate crimes. But deleting comments won’t change that. It just creates an awful precedent and gives the censors undue power over us.

All it takes is for the moderate and sober majority to outnumber hate speech online – and the war is won.

Otherwise the majority itself may be lost.

The bystander effect is when individuals fail to offer help to a victim when other people are present. The greater the number of bystanders, the less likely it is that any one of them will help. The same thing is happening online.

Our current online behaviour is the equivalent of seeing someone beaten up and bleeding on the street – and going home in the bitter knowledge that no one helps. I did the same when I let my civilised commenters be attacked by the troll.

After I deleted his comment, my resident troll sent me a private message – cordially wondering why I didn’t moderate him earlier. He knew exactly that his activity harms my blog and threatens my readers.

My blog is a private affair. I don’t see why I should roll out a red carpet and create a forum for fundies to spout their sadly predictable bile – and make it reach more people. I may clean up my comment section in the future – or just sink them to the bottom of the conversation.

But major sites and mainstream media have a responsibility in perception management. Not just in editorial content but in the comment sections.

Especially in the comment sections. And unlike in a private blog, dumb, medieval censorship will backfire.

Rumour has it, some still subscribe to newsletters. I know… that’s what I thought, so here is our Facebook

One thought on “How To Combat Hate Speech Without Demented Censorship”