Last year we went to Balaton. Germans have a lot of Ostalgie for Balaton, and it is indeed a very pretty place. There’s nothing wrong with the lake itself – it is the service.

To start with, there was only one eatery on the beach we visited – serving hundreds of people. The owner was grumpy as hell. He worked alone and couldn’t care less whether you had a napkin or not (“Use a handkerchief“) or whether your food was frozen and burnt at the same time. Standing in the line we saw him throwing food on people’s plates with mild disdain. Customers avoided eye contact and no one dared to call him out. I dared my friend to order a hamburger but he declined. We went for a safer choice: fried hake.

After a good 45 minutes of waiting he unceremoniously slapped the hake on the plates. It cost 10 euros per fish, plus extra for the slice of bread and the gherkin. Complete with a beer the bill came to 16 euros per person. 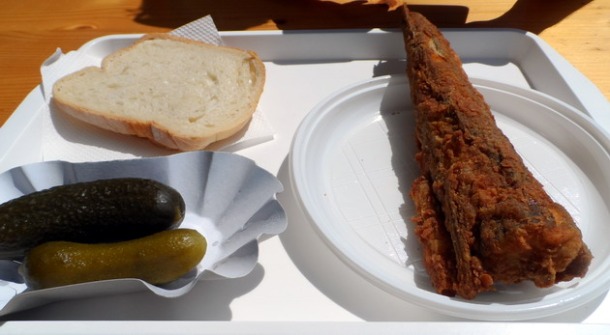 It is chronically difficult to find people to work in Balaton hospitality. Last year stories circulated about entire kitchen crews leaving for Austria before the season started. One team marinated the meat for next day, wiped the kitchen clean, and left the restaurant for good – leaving it to the owner to cook and serve lunch next day. One such left-behind owner was our unfit server and we knew it.

The hourly wage works out to 1 euro for kitchen staff, and 2 euros for waiters. Including tips.

For context, a 24-year-old student had been hired by the National Tourism Agency to blog about the greatness of Balaton – for 3000 euros a month (that’s 6 times the average wage). 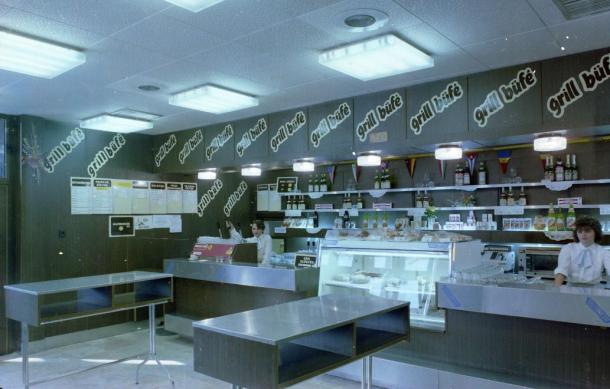 Tourism at Balaton still doesn’t suffer – despite the limping hospitality. At least not among Hungarians, many of whom get part of their salaries in domestic tourism vouchers and book anything at any price, just to spend it somehow.

In good socialist fashion, why improve the service when you can just lock in your unlucky domestic customers? As for the foreigners, they can read that blog.