This week in Hungary…

The government’s ill-fated program to lure back emigrants called…

…has been cancelled. It lasted for barely a year and spent 300 thousand euros on repatriating a mere 105 people to Hungary and getting them jobs. The embarrassment had been persistent throughout the program’s short existence as many of the returned youth could only find work at the Come-Back program itself.

The predecessor of the Come Back program was a foundation set up by the youth section of the christian-democrats that entertained us with awkward listicles on why we should definitely return to Hungary. Their list included “reasons” such as this Soviet-era cottage cheese dessert – presumably to trigger millennials’ communist nostalgia.

That program ended when its director emigrated to Israel in 2013.

Just when we thought there is nothing more funny than government commissioner #65 – with the acronym RBHADLMSEVVHVJTJÖTEVHSFHPMLELEBÖFKF and the task to look after the Hungarian segment of the frontier of the Roman Empire (limes) – commissioner #66 happened. His task is to make people cycle and use narrow-gauge railways… 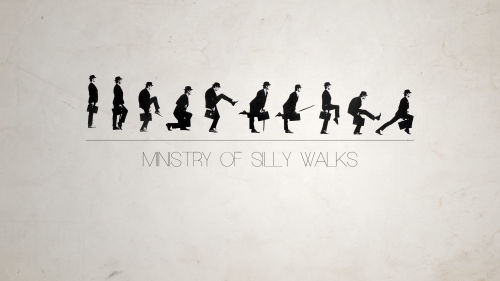 Yes, that narrow-gauge railway in the birth village of PM Orbán that connects two dots between nowhere, and has so few passengers it is investigated as the squandering of EU funds.

Speaking of EU funds, they are also the reason we need a commissioner for cycling. The government has a well-articulated hatred for cyclists – but an irresistible liking for EU funds, a lot of which is earmarked for bike roads. So what gives?

In the last push for using up EU funds in 2015 they managed to build 86 bike road segments for EUR 37 million in just 4 months. A few hundred meters scattered here and there totally make sense – one more overpriced than the other. Asphalt is also a great thing. Every oligarch knows how to lay it – not many understand what bike roads are for…

“Hospitals don’t bring the nation together”

…opined the nation’s fitness guru after having a revelation watching Hungary beating Austria (2:0) at the Euro 2016.

He should hand it out on flyers in hospitals and heal fitness injuries with pep talks. And we would hereby nominate him to the next government commissioner for the Totally Voluntary Financing Of Football With Public Money, No Really, Because We Don’t Need Healthcare When We Are Brought Together (WTFDIJHOFWPMNRBWDNABT).

Another major crony sees his master’s goodwill evaporate. Zoltán Spéder, former Beneficiary of Orbán’s Largesse (BOOL) is under fierce attack, reportedly for not handing over some of his media interests when asked kindly. His most precious media outlet being conservative, government-critical index.hu, which is also known as “the front page of the Hungarian internet”.

We won’t shed tears for him but one can’t help but wonder, are cronies surprised when this happens? Cronies, who fancy themselves as tough businessmen should see that royal goodwill and personal favours are a shaky foundation for running a business – but they never do.

Parliament finally found the cure to the ailment of poor taxi companies. According to a new law Uber‬ can now be blocked for up to 365 days (at a time) for not having a dispatcher service required from transportation companies. (Seriously.)

Taxi drivers have bullied the city for weeks to get Uber regulated. Which is ironic, considering they have lobbied for heavier regulations upon themselves, in exchange for higher, centrally set prices – with the excuse of fighting fake yellow cabs.

To no one’s surprise, fake taxis flout the new regulations as well as the old ones, legally working yellow cabs are suffocating under an avalanche of regulations – but of course the government blames Uber. Which is also found to pay more taxes per revenue than regular yellow cabs.

Those who can keep order will govern in the next 10-15 years in Europe – said PM Viktor Orbán last week, adding that order will be the new (old) source of legitimacy (now that governments have fucked up the economies). We have seen that before. Wasn’t fun.

2 thoughts on ““Hospitals don’t bring the nation together””