The greatest problem with basic income (BI) is not that it would make recipients lazy but that it would give the political elite an obscene amount of power and even broader mandate to tax and meddle. Don’t just be worried about power when it goes to someone scary, your favorite politician can also be corrupted by it – if she isn’t corrupt yet.

The basic income is the rent seeking of the 99%. And it will be abused.

The basic income is where the ulterior motives of the rent seekers and the power seekers meet. When the self-proclaimed 99% wants to secure a status-based income, and the political elite promises to deliver it, what could possibly go wrong? 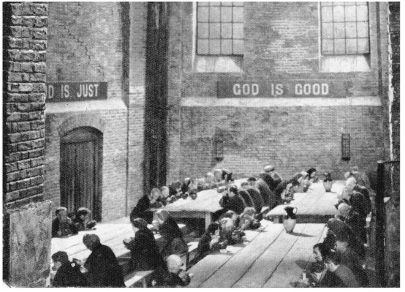 A workhouse with a generous serving of righteous condescension. Source: Wikipedia

The relation between effort and payoff is indeed shaky. So is the relation between work and pay. Plenty of socially indispensable work goes unpaid – and thus looked down upon – and for some reason the most unappealing jobs tend to get paid the worst. In the meantime means testing is notoriously expensive, unforgivably intrusive, not to mention that it provides an incentive against trying to get out of poverty. So I agree, there is a lot to rationalize there.

But when it comes to BI, people tend to obsess about a non-issue: whether it promotes complacency in its recipients. It is a patronizing nonsense. No one ever worried themselves sick for landlords, trophy wives, or millennials retired in their 30s – whether they find meaning or languish in life aimlessly and without purpose.

But BI is as good as any idea: It sounds right until politicians hijack and bureaucrats execute it. And the devil is in the execution.

The real problem with BI is twofold. The first is that there isn’t any money for it – and the discussion should end here. But of course, it doesn’t. Politicians always promise to legislate scarcity away – and helpless voters readily empower these liars to do it already. But the second problem is much bigger. It is the amount of power BI would give to said politicians.

And the state of mind it would put us in.

The day after BI is introduced, tinkering starts

And people would eagerly approve of it.

The same condescending, self-validating, middle class, and merit-based argumentation that makes people scorn welfare recipients would make them agree to conditions attached to BI. That would undo the whole point of BI, I know. If it’s not universal, it is something else. But you would be powerless to stop it – because it would arrive in a sheep’s clothing.

If I have to guess, it would be something about pregnancy and how much would a fetus deserve at each stages of pregnancy. Wouldn’t you give from the public pot if it was for a precious fetus? Of course, you would.

Yes, people would happily start discussing the BI-worthiness of various groups. And they would accept regulations about BI-worthiness without hangups. Parliaments would be happy to discuss it, voters would readily accept that this is a legitimate topic for discussion. It could start with felons. No one likes a felon, so no one would get upset if their BI would be cut. We all love some punishment, right? Not from our taxes…

And if human history is any guide and our newly elected leaders not lying, policies would be implemented to make sure that the wrong kind wouldn’t be incentivized to procreate. Maybe the nasties could be excluded from BI altogether. No one wants the wrong kind to freeload, right?

BI would ramp up identity politics.

Whoever is your perfectly justified nemesis in society – gypsies, Eskimos, Muslims, random races and nationalities that cause you angst –  you would suddenly see how their discrimination is justified. And if you can’t come up with arguments by yourself, some politician would readily supply them. And it is not mean when you have the perfectly good excuse: they are receiving your money. Not from your taxes, right?

The nasty leash of citizenships that own you right now would get much more suffocating – but you would put it down to other factors. As long as you’re on the better end of that stick.

Of course, all this tinkering flies in the face of the idea of BI, and removing the BI of the most unprivileged groups would make them even worse off (felons more likely to recommit, etc.) and their assimilation into the right kind virtually impossible – but it would still happen. And it would start with the first 500-page of legislation about BI…

How much intrusion are you willing for tolerate for 1000 euros?

Because it would bring back the old-fashioned, much-hated means testing bonanza – but this time on steroids. This time they wouldn’t be doing it with the excuse of finding out whether you have too much money to receive help. This time they would be checking if you’re worthy. As per identity. Where you were born, possibly your religious group (just look at our new global leaders…) or whether you were assimilated enough.

So how much are you ready to endure? Would you answer questions on your patriotism? About your feelings for the government? About fellow countrymen in general? Get tested on language or history as the current government prefers to interpret it? They are not afraid to ask…

Would you agree to cuts to those who haven’t delivered the expected number of new taxpayers to society? Of course, you would. They have only themselves to blame, right? The market for infertility certificates would immediately take off.

And those who happen to want exactly what their state wants from them: Would you submit to a transvaginal ultrasound only to ascertain the precise age of your fetus? Politicians adore that machine. It allows them to remote-penetrate unruly women. And they order that even when there is no need for it, imagine what you’d get if they had an excuse like BI. You would submit to it to start getting free money ASAP. Everyone else does it, right?

And then the most brutal type of discrimination: political. Venezuela is a basket case of what happens when you let your politicians grab all that power to make scarcity go away. They are now withholding even food rations from those who are in opposition of that glorious regime of starvation and economic ruins. Don’t ever hope that it cannot happen in your country. That is exactly the logical endgame of BI when resources run scarce.

Complexity and bureaucracy would not be reduced

The complexity of benefit rules that now works against the most disadvantaged could actually even increase, not to mention bureaucracy – which will never, ever agree on being reduced. Ever.

They would be full of arguments as to how the world would collapse if their forms and papers and certificates would no longer be produced. You don’t want a wrong kind accidentally get some of your money just because bureaucrats are not there to protect you, right?

And since bureaucrats are the only one who have any idea what they are doing, we would have to believe them. They can also lobby in the heart of the state. My money is on them staying on in full numbers and administering BI and gradually building a bureaucracy equal to the previous social benefit departments. Just with new (publicly procured) software to answer to the needs of the new jobs…

If you think elections and populism got out of hands wait until BI makes an appearance. And every candidate will put in a number as to how much he would give. Again, from our money. Can you imagine those campaigns?

Don’t just picture angels as political leaders – picture Trump and Farage and Corbyn and Le Pen and Orbán and Putin. What do you think they would make of your solemn little idea?

Instead of what we can afford, the discussion would be hijacked by how much a person needs. But that’s the absolutely worst thing that can happen to BI.

When the amount of BI detaches from the economy and what a country can afford (i.e. even before adoption) we are collectively put on a trajectory to a catastrophe. It would not even be a slow-motion train wreck, it would happen within a few years.

It would be great if politicians would not have discretion over redistribution. If they stopped tinkering with the rules to give to the right kind and take from the wrong kind. If they stopped punishing  behaviour that doesn’t benefit them and call it public interest. But it will never happen. Discretion in whom to give, the distribution of resources and privileges is at the heart of power and they won’t let go.

Feeding certain voter groups out of hand and taking money from others, disposing over resources and privileges is the main allure of the job. This is the reason our great-great (just kidding) politicians even bother to appeal to the masses they so despise, this is why they run for office in the first place. This is power itself.

I agree that it would be great if they stopped having that power – but do you seriously believe they would let go? They wouldn’t have the power to lure and blackmail you with the enormous carrot and stick they wield anymore – and they would just sigh and let that happen? Do you really believe that there would be no complex, million-page legislation full of conditions and excuses to meddle and tinker with the rules all the time?

No, if BI gets introduced, it will quickly flourish in complexity and adopt the worst of all worlds: The rent seeking of the masses meets the hunger for more control by politicians, the overpromising of welfarism, and the bureaucracy to determine worthiness. And it would feed our worst instincts to judge and measure and envy and hate. 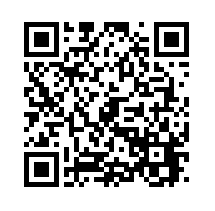 11 thoughts on “Basic Income Will Inevitably Turn Against You”