Without 14 billion HUF of EU funds, the Hungarian economy would have shrunk by approximately 1.8% between 2007 and 2015 – rather than growing by 4.6% during the same period.

The Hungarian economy greatly benefited from EU funds between 2007 and 2013. The positive effect show in GDP, as well as in consumption, employment growth, social cohesion, investment and the internal and external stability of the economy – according to a paper written by KPMG and GKI (Economic Research Institute) for the Office of the Prime Minister.

Without that 14 billion HUF, the economy would have shrunk by approximately 1.8% during that period, and Hungary could not have left the EU’s excessive deficit procedure.

Conclusions of the study: 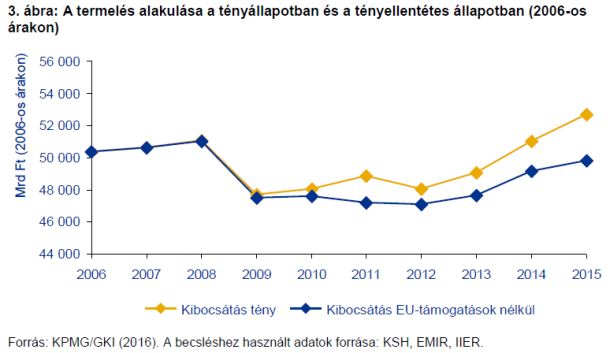 Source of all graphs: KPMG/GKI study

2 thoughts on “Hungary Without EU Funds”