Among EU-countries, Hungarian workers abroad (permanent and temporary) send the most money home – according to a latest study (pdf) by the central bank based on data from the Eurostat and the Hungarian Office of Statistics. 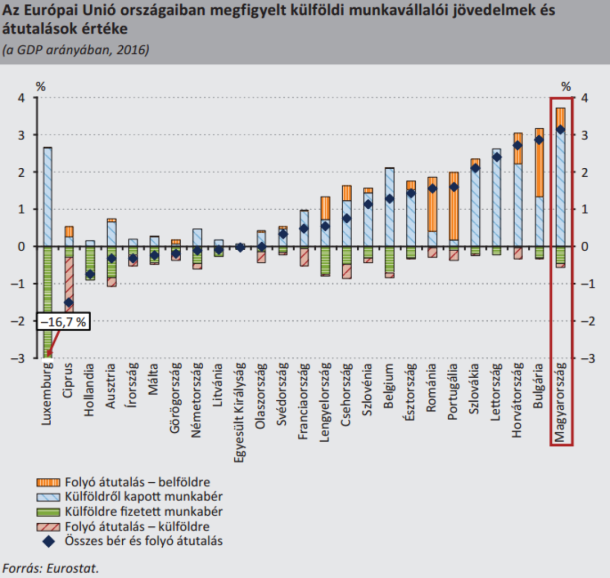 Money sent home by workers abroad, within the EU – in % of home country GDP. Hungary leads the statistics.

Hungarians sending more remittances home than any other country in the EU has been a talk for a while now. Many attribute it to a quirk in statistics. It is impossible to tell why someone sent money to a bank account in their home country (the data these statistics use) but if you ask any Hungarian, they will be quick to point out that many are still repaying mortgages on homes they have lost during the crisis – when foreign currency denominated loans (mostly Swiss francs) have skyrocketed overnight and sent many over the edge financially.

Even though they lost their homes, these people are still on the hook for mortgages multiple times the price of their old homes. Not everyone has the guts to try and escape these obligations that would cripple them if they stayed at home on Hungarian salaries. With a much better salary abroad, they just about manage repayments. What it means for an entire generation is a different matter one must be a demagogue to even discuss. (If we are to believe the smug individuals who had enough money to take advantage of the government’s debtor-saving schemes. In other words those, who needed it the least.) 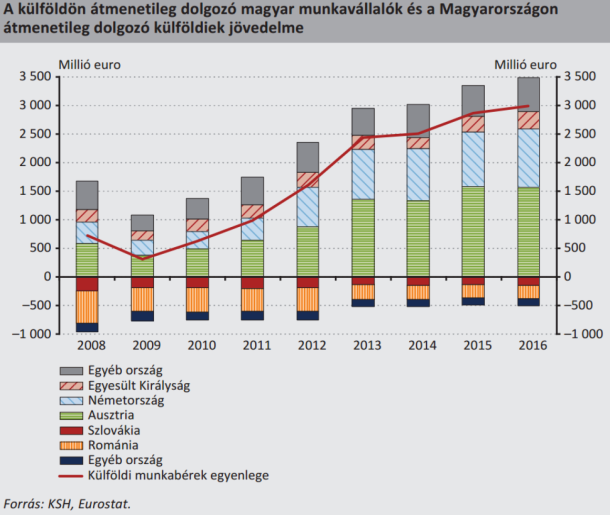 Temporary workers’ remittances. Above the 0 line it is Hungarians working abroad. Below the line is foreigners working in Hungary. Source: MNB, KSH 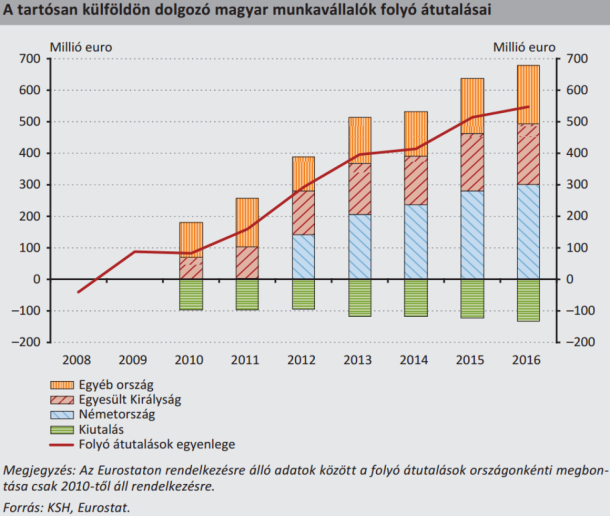 Permanent workers’ remittances. Above the 0 line it is Hungarians working abroad. Below the line is foreigners working in Hungary. Source: MNB, KSH

One thought on “Hungarian Workers’ Remittances”