That’s the million dollar question. And not just because no one knows – but because that’s how much it would cost to get that information out of the government.

Orbán already announced that it is “participation” that matters in his national consultation mail campaigns (i.e. returning the letter) – not the answers. They count it as “supporting the government”, regardless of what you wrote on it. An empty envelope will do.

So even if you are a smart ass who cannot be tricked by loaded questions,

– you are still counted as Orbán’s supporter.

Two or three times over.

But what would you answer, anyway? If they ask you that

“Did you know that there’s a dragon in the room next door ready to spit fire and rape your women – also known as the Dragon-plan? And it has a bad breath!

Would you like your daddy to protect you from it?”

…what can you answer to that?

But even if you draw a penis on the letter and send it back – you still count as “supporter” of the anti-dragon initiative and supporter of your daddy who wants to stop Brussels from stopping him from stopping the dragon.

This is the 7th such mail campaign and we usually don’t even get a clue as to how many people sent the letters back. Legally speaking a national consultation doesn’t exist, it’s just like any other direct mail campaign – but this time on public money. But there is no obligation for disclosure.

This time, however, they were generous. The state secretary’s Facebook said 1.2 million have returned the letter – out of 8 272 625 citizens who are eligible to vote – so we have to believe him.

Then the minister himself said 1.295 million at a press conference – and called Guy Verhofstadt a kept man by Soros for criticizing it. Like you need to be paid to see that this is wrong. 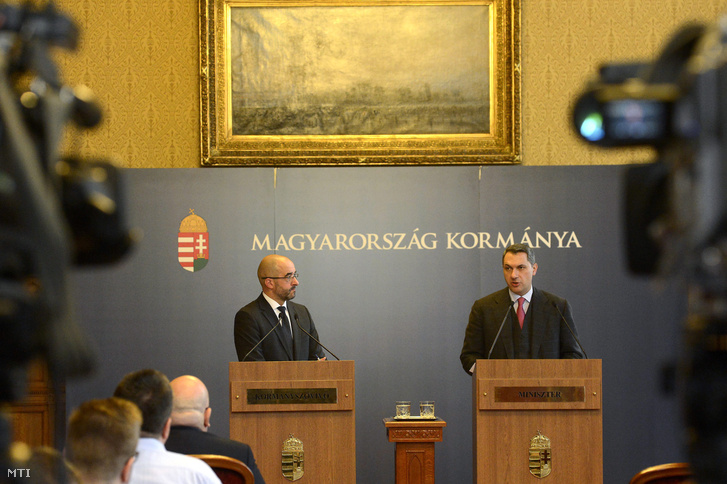 Later on, the number changed to 1.7 million – but again, it was just a claim. So an opposition politician demanded access to the letters – and to everyone’s surprise, he got it. It only took a month of back-and-forth in court, that’s practically a red carpet.

He was allowed to enter the rooms (three locations within Budapest) where the piles of returned letters are stored – alone and without recording equipment. (Yes, that’s how farcical it is.) And he claimed – equally scientifically – that he saw no more than 900 thousand.

But 1.7 million presumably also includes the online answers (official consultation website generously delivered by Yandex.ru) that could be filled in as many times as you wished. So if you feel strongly about the subject – be our guest.

So excuse my sarcasm and flippancy. I had the best teachers to learn from.

2 thoughts on “How Many People Reacted to National Consultation Letters? And What Did They Answer?”