Chinese Premier Xi Jinping is in Budapest and Orbán already announced that we will totally take out a Chinese loan and start upgrading the Budapest-Belgrade railroad link that only China needs. But not so much. The estimated return on investment: 2400 years.

Hungary signed a disadvantageous deal with China – one that all other countries in the Eastern European region simply refused to. Their reason:

The deal was a standard, third world infrastructure agreement Chinese officials are used to peddling in Africa.

According to the deal 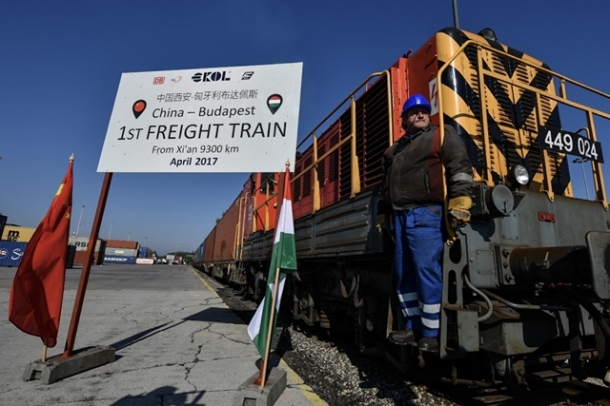 As an unnamed Hungarian businessman described the Chinese interest in the “phantom deal”:

“They 〈the Chinese delegation〉 can travel to Europe from time to time, they are warmly received and celebrated, and they can go on a shopping spree.”

Poland’s OSW published a study about China’s 16+1 program (announced in 2012) that lays out a range of bilateral agreements between China and Eastern European countries – from the Balkans, through the Visegrad countries and into the Baltic region.

“The Chinese offer to finance infrastructure presented to the sixteen countries of Central and Eastern Europe in 2012 was tailored to the needs of developing countries without wide access to capital. In practice, the line of credit for the ‘16+1’, which is worth $10 billion, is not significantly different from the instruments Beijing has offered to the rest of the world, including South-East Asia, Africa and Latin America. As in these other regions, the financial resources are provided by Chinese state policy banks…

These loans are associated with assigning the implementation of the whole or a substantial part of the projects to Chinese contractors, and the inclusion of Chinese suppliers when purchasing most of the components. The final cost of the loans depends on many factors, but for CEE it should be estimated at 2.5-3% annually. The loans are drawn up for a relatively long period (between 20 and 25 years), and they usually also provide for a few years’ grace period in their repayment.”

Ever since Chinese COSCO bought the port of Pireus in Greece in 2008, China has been working on the project by offering bilateral deals that may have been suitable to African countries – where infrastructure is badly needed but capital and know-how is scarce – but not to EU-member states. Hence the reluctance to sign the contracts from each and ever other country in the region.

Except for the leaders of Hungary who have so outsmarted everyone that they take it, no questions asked.

“The only deviation from this trend is the project to modernise the Budapest–Belgrade railway connection on the Hungarian side. The funding and implementation agreement for this project was signed in 2013, and on its basis a Chinese/Hungarian consortium was created to implement the project, with a value of US$1.67 billion (a total of US$2.89 billion including the Serbian section). The details of the project remain opaque; the feasibility study has been classified for 10 years.

The European Commission has started an investigation with regard to the project, due to suspected breaches of EU law, including in the tendering procedures.

The motives of the Hungarian side are unclear. …it cannot be ruled out that in this case, the political calculation on the part of the government of Viktor Orbán could have been given priority over purely economic calculation – with the aim of strengthening his country’s bilateral relationship with China.”

Analysts stubbornly to tend to regard politicians’ decisions as being meant to benefit “the country” (whoever that might be), but we should also consider personal gains.

The explanation the government deigned to give us (at long last) is definitely lame. It involves tall assumptions (such as the rail link will eventually be complete, and the Chinese will use it like crazy) and lame bits such as praising the speed of Hungarian custom officers – compared to the Greek – and explaining that it will tempt China to put stuff on the train from Belgrade and pay EU customs in Hungary, saving a few hours on a long trip. COSCO’s Hungarian representative denied that it would be such a great deal for China. In fact, Koper, Trieste and Rijeka are all closer to the region than Pireus that will supposedly feed the new rail route. 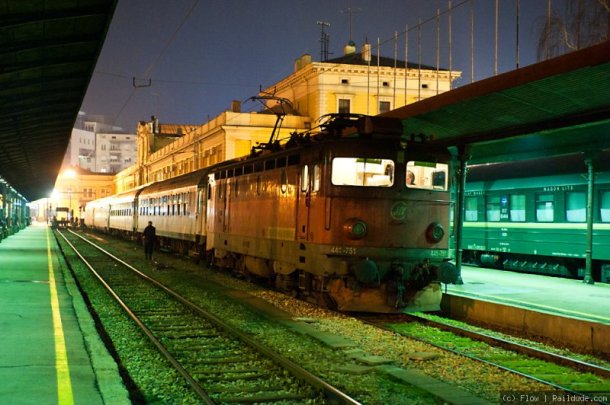 But the Belgrade-Budapest rail connection is not the only shockingly expensive, useless and dodgy deal Hungary has taken. We have also taken in a Russian nuclear power plant under similar conditions. They lend the money, they build, they operate, they sell us the energy. But in that case, Orbán doesn’t seem to have a choice, or being able to extort any benefit neither to himself nor to his oligarch so far.

Don’t tell me that Hungary’s new, we-know-better-than-anybody foreign policy is not a roaring success

Orbán and his oligarchs must get dirty rich in the process – because no one else does. Least of all the taxpayers. These projects are so gigantic (compared to the country’s size) and so useless, we will look back at our oversized and useless stadiums as the golden age when we only wasted billions.

The key to understanding Orbán’s turn to the East is threefold.

First, you have to understand his hatred for being told to respect the rights of his humans and at least pretend that he’s not a king. Orbán is regularly lectured in Europe and feels massively inferior to those who know how to wear a suit. When joining the Belt and Road Initiative in 2015, he said that “the old model of globalisation is over, ‘the East has caught up to the West’, and a large part of the world has had enough of being schooled on, for instance, human rights and the market economy by developed nations.”

Second, you must understand eastern autocrats’ motivation to take no-strings-attached loans from well-heeled dictators – rather than conditional development money from the west. The first is easier to “privatize” through his oligarchs.

The third leg of our Eastern Opening is still not national interest – no matter how broadly understood. It is Orbán’s global ambitions. You heard it right. Orbán increasingly enjoys cloaking himself in the illusion of grandeur, talking about middle power status and historic shifts. Reports have repeatedly told us how distorted his world view became when it comes to his place in the world. It must be awful to be an all-powerful king of such a tiny country. When you feel huge, the big guys on the global stage still can’t remember your name (and the unfortunate girl, Angela). Unless, of course, you are a troublemaker. Then they will pay attention to you. And blocking the formation of a unified European approach to China is one such example of trouble making. So is abusing your veto right in various issues and using it to blackmail. Or just sow chaos and division for its own sake.

Maintaining the illusion of grandeur is admittedly easier when you cut off contacts with the naysayers – people who warn you of risks and bother you with feasibility studies and other such pesky nonsense. So when yet another harebrained idea is proposed there is no one to voice concern or ask questions.

Experts in particular tend to present him with a list of problems that might occur. And that can be an obstacle itself. Sadly, however, those problems are no less real.

In 2010 when he came back to power, Orbán was quick to rename the foreign ministry to ministry of foreign affairs and trade – signifying what he no doubt believed to be an innovation: that foreign policy should serve economic interests. By denouncing values in favour of interests – as he keeps putting it – Hungary had supposedly adopted a no-nonsense, business-oriented approach. (It sounds impressive and oh-so-logical – unless you know history and realize that it’s not the first time when countries believed that values are not their interests. Last time it took the entire 20th century to finally see the light.)

Orbán gave the new ministry to a 30-year-old football player whose daddy was a friend. And he told him to go out and get the deals, don’t bother with values like… not extraditing an Azeri ax murderer to Azerbaijan in the hope that they will buy some Hungarian debt in return. (They didn’t, but thanked us kindly for sending back their national hero. They released him and gave him a medal because the man he murdered in his sleep was Armenian.)

So the young, new apparatchiks of the newly minted ministry of foreign trade were dispatched to get the deals. They had no idea about diplomacy, but if they did, they would have dismissed it as value-based weakness. And they sincerely believed that the only reason the oldie diplomats used values is because they were too dumb to use interests. That simple!

They came up with the policy of “Eastern Opening” that was based on the heuristic idea that certain countries that are neglected as trade partners (like third world countries, dictatorships and autocracies) are neglected without a reason and only we, Hungarians can see that. They closed embassies they didn’t understand (like in Estonia) and opened new ones in obscure African and Asian locations. The results were disappointing and farcical. Just take China and their 16+1 plan – connecting Eastern European countries to get Chinese products to Europe.

Chinese officials have been touring and colonizing Africa with their deals for a long time now. In the third world where know-how is scarce and so is capital and infrastructure, lending to a country to hire Chinese companies to build infrastructure makes sense. Not so much in Europe – particularly in the European Union. Another enthusiast of one-sided Chinese investment is said to be Serbia – according to the article – which is not a member of the EU and its leaders also no doubt enjoy no strings attached loans.

“The Chinese offers frequently beat the often fragile financing from Russia (a credit line for Serbia), or from the European Bank for Reconstruction and Development (EBRD) and the World Bank, which is often linked to conditions regarding internal reforms and financial discipline, as well as the limited pre-accession funds from the EU.”

The value-based part of the world tends to ask for symbolic things such as legal consequences coming to war criminals in exchange for membership. Also, a lot of paperwork for the money.

Eastern European countries might be dumb and economically weak in isolation, but thanks to their membership in the single market and the relative competence of their local companies they can access capital and build their own infrastructure, thank you very much. They are not that underdeveloped anymore as to accept such deals anymore.

But that is the kind of deal Orbán accepted from Russia – to build a nuclear power station by Rosatom (the one claiming that that radioactive cloud over Europe right now is totally not their fault, it’s a mystery), on money lent by a Russian bank, on Russian terms – and even the nuclear fuel and the generated electricity will have to be purchased from Russian companies, who will also run the power station for decades to come.

To be fair, Orbán didn’t seem to have a choice in saying yes to Putin. It is a struggle to even make his cronies get even fatter on the juicy project, so far only Russian and German companies benefit.

As of China, Orbán believes – alongside literally every other political leader on the planet – that only he noticed the potential. (But not the risks, those are for losers.) And of course, he thinks he can milk the giant to his own benefit. But as the OSW study put it:

“There is a predominance of critical interpretations which portray China’s actions as a strategy of divide et impera, aimed at breaking up the unity of the European Union.”

Or as Orbán put it:

“We have created a true win-win situation. The world economy is going through considerable change.”