Our reaction to the emergence of artificial intelligence (AI) tells more about humans than AI. Responses include three age-old fallacies:

1) Worshiping,
2) mistaking data with knowledge, and
3) the rehashing of the central planning fallacy. 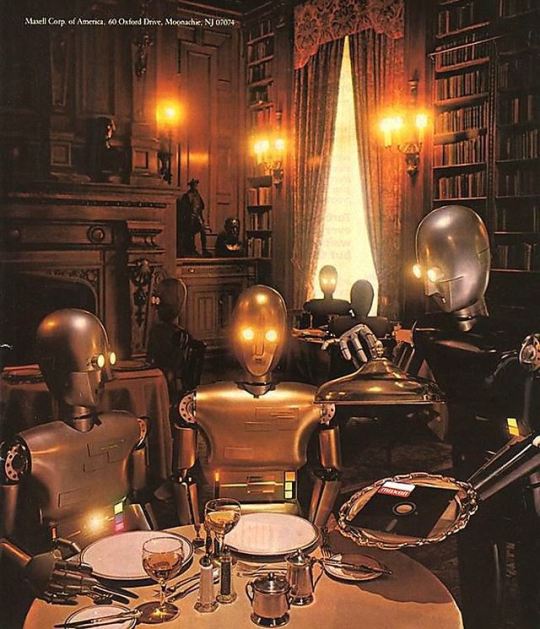 When I was little, my best friend was fascinated with the idea that the Biblical God might have been an alien. (Admit it, it’s pretty cool. The Bible would make perfect sense.) Then we wondered whether people would still worship God if he turned out to be an alien. Would they still pray and behave subserviently, or would they refuse to bow for an alien? To answer that, we had to decide why people bow to gods in the first place.

What is the essence of “godness”? What makes a god god? Would an alien qualify? Is it immortality that makes a god? Or power? Is it omnicompetence? Being immaterial? Does a god have to be all-powerful, Genesis-powerful – or just way more powerful than humans – to qualify as god? Is it enough if he can just kill people? Does he have to be a threat or can he also be benevolent – and still get worshiped? Does a god have to perform miracles – and if so, does technology qualify as miracle?

And on the humans’ side: What makes humans worship? What compels them, what is the cause, or the intended purpose? Is it a rational strategy – or a mistake? Is it perhaps a psychological need? Or maybe a short-circuiting of otherwise useful instincts as Steven Pinker argues? Does worship involve love? Does a deity have to deserve worship in any way? Does he have to actively exercise his power over us – or can he just sit idle? Does he have to be just, fair, or nice while exercising power, or can he just be a despot?

After brief consideration we decided that being just is not part of a god’s job. One glimpse at the Bible will confirm that.* A god doesn’t really have to do anything to be a god either. Of course, worshipers are certain that everything that happens is the act of God, but they would say that about anything. A god might be perfectly passive and still get worshiped by humans. Is it the sheer power it has over humans that makes a god a god? After all, humans worship weather events for that reason (the threatening ones, not the pleasant ones) quite openly.

We concluded that in order to qualify as a god, one must be

So would humans keep worshiping the Biblical God if he turned out to be an alien?

Yes, if he’s powerful enough to kick their asses. What difference does it make whether he comes from another planet or another dimension? We don’t know what “godness” is to begin with so why would an alien not qualify? He is powerful, has the power to finish us off, we feel helpless against him – so for all intents and purposes he IS god. If an imaginary alien came forward that he was just kidding, he would be still, well, God. The alien in question could be unjust and whimsical, that doesn’t matter. He doesn’t have to deserve worshiping in the way our fellow humans have to deserve love and admiration. (In fact, human leaders don’t need to be loved either.)

But if it is power over us that makes God god, would an equally powerful machine be worshiped as god?

I asked myself the question when this guy, a former Google employee, established a church to a future AI that will be so powerful that you better worship, or else.

“What is going to be created will effectively be a god”

“It’s not a god in the sense that it makes lightning or causes hurricanes. But if there is something a billion times smarter than the smartest human, what else are you going to call it?”

So lightnings and hurricanes are not what make gods in our age – but IQ apparently does. (Whatever it is.) Or maybe the power the machine would obtain in possession of such intelligence. And information/intelligence is not enough either. It will also need tools to do things to humans. But after that, yes, a machine is as good as anything to qualify as god. It is even immaterial, unlike an alien.

Of course, the church of AI is an obvious business opportunity – I can see that. Lazy, under-stimulated minds would no doubt find the idea intellectually tickling and take it as a sign that it must be true. Or right. Or something. And since such intellectual laziness is often the product of not having to make an intellectual effort for a living, many of those people must also be rich and will thus pay up. But if there’s anything more to this idea, what would that be?

Humans would worship an AI that is powerful enough to hurt them. But would it care?

To answer that, we need to understand what power means, whether worship works, to whom, and whether the will to power can be obtained by a machine.

Can artificial intelligence develop the will to power?

What is power anyway and how could we translate it to algorithm?

Why do humans strive for power and would a machine conclude that it needs it?

Whenever humans meet an overwhelming force against which they are helpless, the response is authoritarian submission and dependence bonding. They feel powerless against threatening weather events, for instance (but not the pleasant ones), natural disasters (but not pleasant natural phenomena), they feel helpless against life itself (but only when it’s not turning out the way they want). The response is always the same: they conjure up an imaginary deity and then try to influence it. Worship is a symptom of feeling helpless.

When a force is overwhelming and there’s nothing they can do:

1) Humans first anthropomorphize the phenomenon, then

Prayer, adoration, sacrifices are seemingly illogical reactions to the weather, but only if we assume that the aim is to regain actual control. These measures don’t change the weather, they don’t appease the universe, they merely rob the prayer of even more of his resources. The weather may destroy his crops, but then the farmer goes on and destroys even more stuff – he burns valuable livestock as a sacrifice to please the weather. And on top of the sacrifice, he spends valuable time with prayer that could have beet better allocated to prepare for the next weather event.

Later on the church came in and collected these sacrifices for us (money, livestock, etc.), and it turned out to be one of the greatest business ideas in history. So clearly, hurting ourselves and bleeding out to please an overwhelming force is something humans love to do. But does it help them?

As a kid, I always marveled at the sick idea of burning something that is precious only to me, not to the god. A god clearly doesn’t benefit from a burning cow. But I would benefit from a living one. So is it the suffering of the farmer who sees his livestock wasted that the deity supposedly enjoys? What does that say about the god? Or more precisely, what does that say about the worshiper – who conjured up an image of god with these characteristics?

It says that prayer and sacrifice don’t have a purpose outside of the worshiper – they fulfill an internal need. And the need is to shed the painful sense of being helpless. There is nothing we can do about the weather, but by conjuring the imaginary master of the weather and then trying to influence it, we feel that there is something we can do after all.

And since we anthropomorphized the overwhelming force, we can apply human strategies to influencing him. Worship is a strategy that may work on humans. So let’s do it to the weather. According to the logic of survival, a powerful human would spare or reward humans who help him, support him, think fondly of him, or help enforce his will over fellow humans. So we offer these things to this human-like deity. We pray to him, we love him, because we depend of him. It is called dependence bonding, and it is a survival strategy. Nothing gets fixed this way, but that’s not the point. We just don’t want to die.

In normal circumstances we are not helpless. When we have the power to influence the situation ourselves, our priority is to fix the situation. But once we are helpless, the priority shifts and it becomes psychological: to make the sense of helplessness go away. The first one is the logic of living. The second is the logic of mere survival. Telling which one is in order is the only wisdom you will ever need.

Fear combined with helplessness are the triggers that make humans transition from living to survival, from aspirational to threat-avoidance mode, from freedom to submission. Prayer and unilateral love are the only things people can do when facing a force against which they feel helpless. These are survival strategies. Carrying them over into everyday living is dysfunctional and from a material point of view, downright damaging – just think about the livestock we burn for nothing.

The early reactions to the emergence of artificial intelligence (AI) follow the same pattern.

The general consensus seems to be that AI is smarter than us, and that it somehow equals being more powerful. I will contest both assumptions, but not before pointing out the age-old human reactions to a brand new phenomenon, and how authoritarian they are:

1) Worshiping,
2) mistaking data with knowledge, and
3) the rehashing of the central planning fallacy.

More about that in the next posts…

* If you asked our grandmas, they would probably tell you that God is super-nice, but grandmas were clearly just trying to lure us in. For them, the idea of a just god served as an ex post ante justification for being religious –  or a gateway argument to get in.