Between 2018-20, Hungarian taxpayers give 6 million euros per year to Red Bull – although not voluntarily. This is a relatively tiny sum compared to what other Orbán-whisperers can sing out of the beak of the king. 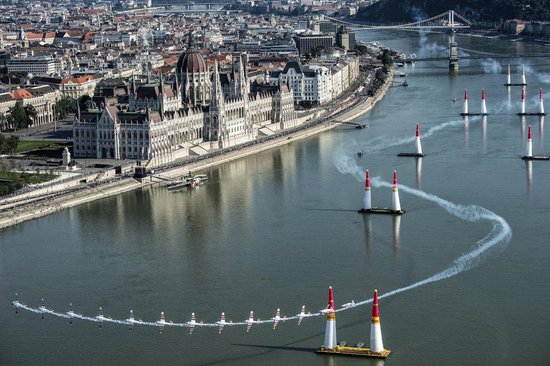 Giving 18 million euros to an Austrian drink maker makes a lot of sense if you learn that one of their pilots is our fellow tribesman. That’s right, Péter Bessenyei, a pilot whose achievement is Red Bull-related managed to get close to Orbán and convinced him that Hungarian greatness needs some money spent on Red Bull marketing. And Orbán dares to be great and spend our money on greatness when he sees an opportunity.

Here is the government order about it, issued with Orbán’s signature.

Orbán orders his minister to give Red Bull 6 million euros per year between 2018-20 through Hungaroring Zrt, organiser of the Formula-1 in Hungary – another thing taxpayers happily underwrite

According to átlátszó.hu, an investigative site, the hapless taxpayers gift the Austrian energy drink company 6 million euros per year between 2018-20. Actual spending was not revealed by authorities. What we know that Red Bull also got to shut down the entire downtown riverbank for a mere 40 thousand euros for 3 weeks for this, causing traffic congestion, which adds to the air pollution of the race itself.

I repeat, you can get the shut down and use the entire downtown of Budapest for 40 thousand euros for three weeks and the inhabitant get to swallow your smoke, noise, traffic congestion, and your bill. But only if you’re an Orbán-whisperer. (His dentist, body guard, gas fixer, and cabinet-expert also got into great fortune thanks to their proximity to the king’s ears. Not to mention his favorite football people and countless others we don’t have documented.)

So this weekend, tiny planes will be performing tricks above the Danube. It comes with ear-shattering noise and three weeks of traffic congestion and shut down riverbank, but it’s totally worth it.

I can even tell you the excuse for such spending without listening to them: It will bring tourists (who will then be annoyed by the ear-shattering noise and congestion), and bring the news of our greatness to the world. Just like the water sport-related corrupt spending bonanza did.

Flatterers thrive on fools’ credulity.
The lesson’s worth a cheese, don’t you agree?”
The crow, shamefaced and flustered swore,
Too late, however: “Nevermore!”