The under-utilization of Hungary’s taxpayer-funded stadiums is legendary. Now trolls made fun of it. 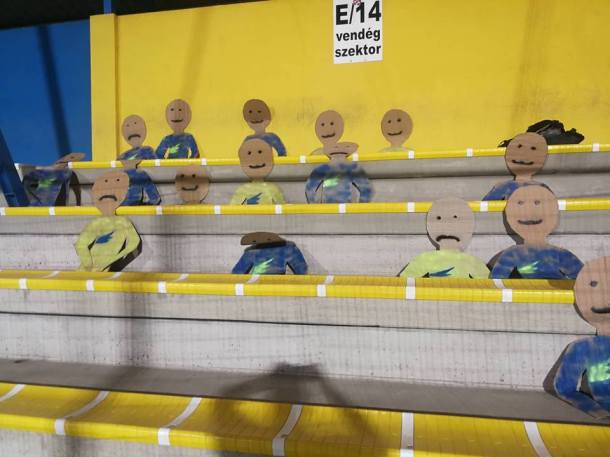 The two giants of Hungarian (and frankly, world) football, Mezőkövesd and Felcsút clashed in a match of titans in August 2018. And the imaginable happened: only one fan attended the game. 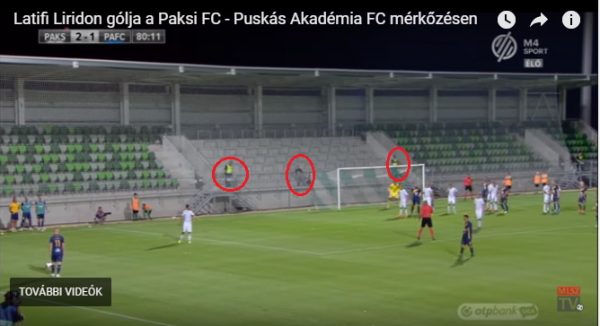 Not only was the poor guy alone, his team (the team of Orbán’s birth village and home of probably the biggest and most overprices stadium development) has lost 2-3 to the world class team of Mezőkövesd. But at least he was flanked by two security guards.

No one knows how many stadium shave been built in Hungary since Orbán came into power in 2010. Dozens, definitely, but the count is fudged and no one seems to have a list. We can only shrug every time the eye-popping costs of a newly built stadium come up in the still-independent media. Not to mention operating costs, which no one is ready to shoulder, because these monster stadiums (all oversized to the town they grace, some even bigger than the population of the host town) will never make their money back. But they cost hundreds of millions in maintenance with their heated lawns and lavish amenities. Once developers get their money, they leave these monsters behind to pose a burden for the poor town that has to maintain it.

And if the newly built stadiums somehow manage to start operating (not self-evident), school groups are offered free bus rides, and free tickets are given away to keep the seats from staying empty. Sparsely attended matches with only a few dozen fans (probably on free tickets) used to be funny – but lost their amusement value with time. But the one spectator-two security guard match still tickled the fancy of some pranksters.

They installed cardboard cutouts at a similarly sparsely attended match between Felcsút and Mezőkövesd. The cardboard fans are uncritically happy (if a bit too sensitive to rain) and they are wearing the t-shirts of Orbán’s top oligarch’s new sport brand: 2Rule (must not laugh!) 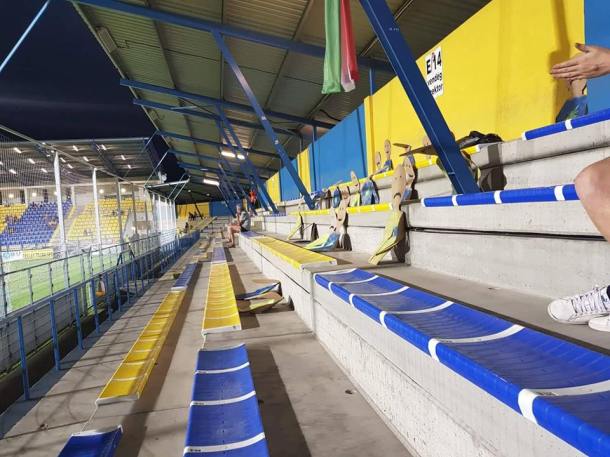 All this waste is taking place before our eyes because the king is obsessed with football and there is nothing to stop him from spending the country’s money on it – while hospitals kill people and schools let down kids. It is a fair comparison because it goes from the same budget. Even 2Rule is state-supported. If nothing else, its marketing is. Reporters of the public broadcaster spontaneously wear and praise the crony-owned brand – and the Fidesz-compliant media council refuses to regard it as advertising, because “the light sparkled” on the reporter’s badge.