“I was shocked to hear that someone at the European Parliament threatened Hungary with nuclear strike,” said a Hungarian to ZDF’s camera. 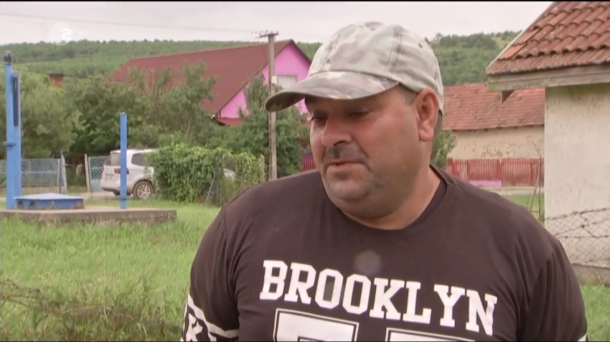 “Orbán’s men came, promised food and secure jobs, that’s why I voted for him. They delivered nothing so far.” Image: ZDF

The German public broadcaster, ZDF can hardly be accused of being pro-Orbán. Yet, they visited Hungary and made a report where they only spoke to Orbán-supporters.

They started with a representative of the German ethnic groups who adores Orbán and regards his job as supporting Orbán as hard as he can so that the German minority gets into Orbán’s favor. Then he showed the TV-crew around in eastern Hungary, Szerencs, where living conditions a dead-end lives send people packing for a better life in Budapest or abroad. Most of the houses are up for sale, just like everywhere else. Yet, the remaining inhabitants are adamant that migrants (and gypsies) are not allowed to move in there.

Everyone here speaks highly of Orbán – then goes on to complain about pretty much every aspect of life under his regime: taxes, livelihood, emigration, labor shortage. But the main thing is that Orbán protects them from migrants, they say.

Then they move on to an even poorer village where the reporter finds some public workers. Public workers are unemployed people made to do pointless work like digging ditches for a few months to appear employed in the statistics. They get less than the minimal wage but if they refuse, they get nothing, not even unemployment benefit. But what they are most afraid of is… you guessed it, migrants. Because “they would take even what little we have” – Orbán said so. Before elections

“Orbán’s men came, promised food and secure jobs, that’s why I voted for him. They delivered nothing so far.”

“I was shocked to hear that someone at the European Parliament threatened Hungary with nuclear strike” Image: ZDF

People here are enjoying a 100% pure Orbán-media diet, and this is where Miklós speaks to the camera. He apparently didn’t get that the way Orbán’s media speaks about the EP using the nuclear option against Hungary is only figurative. Maybe because it is really hard to discern in the shrieking propaganda. And maybe Orbán’s propagandists really didn’t want him to.

“I was shocked to hear that someone at the European Parliament threatened Hungary with nuclear strike.“

Fidesz won over 80% in this village – typical for the smallest, most desperate villages in Hungary. Orbán doesn’t need to keep his word – but you need to support him if you even want a chance to avoid sinking even further. That’s enough to get votes.