When I handed the nurse the envelope I couldn’t tell who was more embarrassed, but she took it swiftly. Then she looked around and quickly handed me one of those giant plasters they use after surgery “just in case I needed it”. I didn’t. She wasn’t good at accepting bribes either.

My friends prepared the envelopes of cash after they quizzed me exactly how many doctors and nurses had looked after me. They said I was out of my mind and very rude not wanting to pay.

“Those people earn peanuts here – with hundreds of overtime hours” argued one of my friends.

“They were nice to you because they assumed you would pay in the end” said another.

But when I saw they only prepared 5000 forints (less than 20 euros) for each nurse it was my turn to think they were out of their minds.

If I have to bribe highly trained medical staff I have my life to thank for, at least I don’t do it with 20 euros!

I was so wrong.

In April 2011 I was rushed to the hospital. Shortly after that I have lost consciousness. Seven hours later I woke up in a hospital room after a major life saving surgery.

I was lucky. If it weren’t for an emergency, I would have had to wait for months.

The hospital I was rushed to is Honvédkórház, the country’s best. Not only is it the best supplied with diagnostic tools and medical professionals (neither of those can be taken for granted) but it was the one politicians kept up for themselves.*

In fact, the doctor who responded to my call in my home told me that she would have to “cheat a little” with the time of admission so she can send me to Honvédkórház – instead of the one she was supposed to send me at that hour.

“You wouldn’t stand a chance there.“

When I woke up from surgery I was informed that I was placed in a special room (they call them “foundation rooms”, which is code for “pay room”) and asked whether I was willing to pay for it. Apparently, the nurses made an educated guess whether the patient could afford to pay – or would rather choose to stay in the crowded, dirty, standard rooms. A “foundation room” had its own bathroom, was cleaned more than once a week, it was freshly painted – but not much else.

For context, here are some photos of the standard rooms and other facilities from Hungarian hospitals: 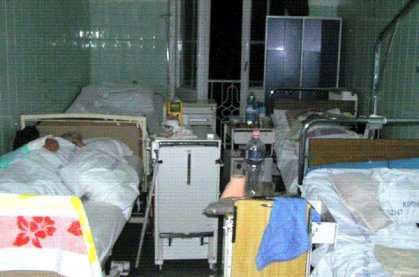 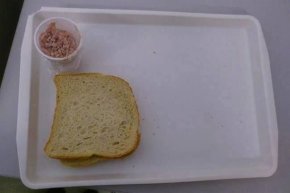 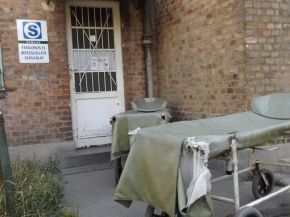 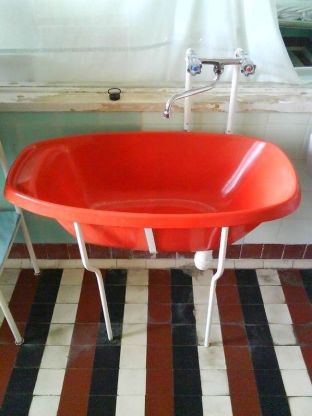 I didn’t take any photos myself, but this is also what I saw on my way out of the hospital, several days later, when I had to pass the normal rooms. This is how the other patients were kept, up to five of them in the same room, surrounded by relatives who did the basic nursing duties for them, brought them food and supplies, gauze and painkillers, as well as medications that were necessary but the hospital simply couldn’t buy them. 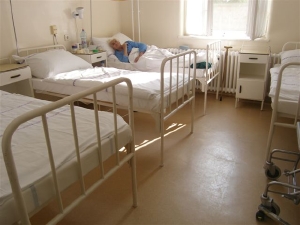 This is when you’re lucky and can afford to pay.

When Ruby Rose, Australian actress, visited a Hungarian hospital and found it like a scene from a horror movie, I had to laugh. She didn’t even see the worst of it, that hospital was one of the best in Budapest. But it was enough to flip her out on Instagram.

Anyway, I consider myself lucky, and not because of the room.

Later I had to learn that my operation was only possible because it was an emergency. Social security only funds a fixed number of surgeries per month, paid at a very low price each.

Hospitals usually “run out” of allocated surgeries early in the month. And then the operation theater stands empty – or is rented out to private healthcare providers. I repeat, even if there is diagnostic capacity and enough medical staff, they don’t perform operations beyond a quota. Free healthcare…

That means that if I had anything less than a life threatening condition, I would have been put on a year-long wait list – during which my condition would have worsened, my pain unbearable, but I could not jump ahead in line, not even if I paid. A life threatening emergency allowed me to jump the queue.

When I was checked out, they have asked me to sign the papers for social security about the examinations and surgery I underwent. I could see exactly how much they were allowed to charge the state, their sole financing body, for the operation. It was less than 400 euros, with every possible examination (CT, MRI, ultrasound and around two dozen blood tests thrown at me when I was rushed in), a complicated surgery with a number of doctors present, and five nights spent in the hospital. Now that doesn’t cover it, even I could see that.

But in a nationalized, free-for-all, universal healthcare system it is the state, not the insurance companies that stiff hospitals and patients. The state decides how much they are willing to cover, regardless of your naive fantasies about universal health care. Why would anyone think it would solve their problems is beyond me.

And that kind of coverage also doesn’t allow for a decent pay check for doctors and nurses. As it turns out my friends were right. A nurse could even appreciate 20 euros.

An hour or so after handing out the shameful envelopes, I was doing my usual snail-paced walk around the ward when I saw the above mentioned nurse dancing in and out of rooms, doing her job – which was odd, considering that she was the grumpiest of all the nurses and she had been on duty for over 24 hours at that point. Then I overheard a conversation between her and the chief nurse.

“Why are you so happy? You haven’t been at home since Wednesday…”

“Because I’m going to buy new shoes for my son!”

* The same hospital is often in the news today, once because medical staff had resigned en masse, another times when a patient died because the absence of a radiologist, a few days later the newborn emergency unit shut itself down because they considered it dangerous to operate at such low staff, and now because the entire staff was given an ultimatum to accept military status (not allowed to quit or say no to overtime) or quit without severance payment. But back in 2011 it was not that bad.