Bullying is the same thing as political oppression. It works by the same logic and the same lessons apply:

In the previous post it was argued that appeasement can never work simply because the logic of authoritarian behavior dictates that there will be no resting point when the strongman had enough and will now be nice. Abuse can not stop. It is in its nature

There is an oft-assumed (but unspoken) fallacy that strongmen will stop gathering power (or hurting people, bullying their country, eroding your liberties, murdering people, stealing public money, etc, etc…) at a certain point.

These assumptions are, however, better left unspoken because they don’t make a lot of sense. When are strongmen and oppressors supposed to stop misbehaving? Once they have stolen, say, one billion per family member? Once they have eliminated every pesky minority?

The assumption that a political strongman only wants to achieve something specific – and then he will somehow get tamed or even retreat – makes as much sense as expecting an abusive spouse to mend his ways when a certain milestone is met.

But when is that new, stable point of uncivility supposed to arrive, when standards will stop sinking and victims can breathe a sigh of relief? When can they stop looking behind their backs and expecting attacks – and start looking forward and figure out what they would do with their lives if it weren’t for the need to survive?

The answer is easy – but it is difficult to execute.

Pushback does stop strongmen – but their victims are less and less in the position to do so.

Your strongmen are not as brave and unstoppable as you assume them to be. They may have been ‘brave’ enough to forego popularity (your love) – but they beat their victims into submission instead, and that feels exactly like love. They can erode your rights and introduce unpopular policies – only to show you that your resistance is futile. And when you finally stop protesting, you will be cheap to control. So that investment paid off for the autocrat.

But strongmen are ultimately risk-averse. They have kept pushing the pedal because it kept rewarding them. Not only did they not have to face consequences, they were actually rewarded for misbehavior and breaking the rules, every single time. They do fear consequences – they just haven’t met them yet.

In fact, with every billion they steal, they have more and more to lose. They are risk-averse – you just don’t pose any risk anymore.

Strongmen fear consequences – they have just learned that there aren’t any, not from you.

Strongmen are like the rat that kept pushing the lever that kept rewarding him. And their victims are like the dogs that stopped trying to escape pain because nothing they could try worked. These are the two sides of the helplessness coin: with every measure of control you lose, the strongman gains some. And as the strongman teaches you that there’s nothing you can you – he is learning that there are no consequences. You feel helpless – he feels unstoppable. You feel wrong and uncertain from the fake news he spreads – he feels righteous and infallible (from the same source).

I used to have a bully.

It lasted for months. Attacks, stealing, threats of even more to come. It ended in the most unexpected way – unexpected for me that is.

One day and even bigger guy put him up against a wall and demanded his money back. And while he was at it, he also commanded my bully to stop bullying me. I witnessed it all, because my bully had been busy threatening me when the even bigger guy stopped by to bully him.

That was a learn-able moment to say the least.

As every victim of bullying (and oppression) I had been so engrossed in my own misery, I had completely failed to asses what might be going on in my bully’s mind. My unspoken assumption was that he was unstoppable (he was unstoppable by whatever I did) and that he would never, every stop – because somehow it is personal.

But neither of those assumptions made any sense. My bully was not brave – he was just strong enough to beat up a smaller kid. And he was not unafraid of consequences – there just wasn’t any. Until one day an even bigger guy put him up against the wall. It wasn’t because of me (he had debts, I think), but once he was there, my savior added that he would break my bully’s skull if he kept hurting me.

My savior didn’t do it out of pure benevolence. He did it because he could. He could hurt my bully by banning him to bully me. He could hurt him by humiliating him in front of his victim. I was saved by someone who didn’t want to save me. But the really important lesson was that my bully was not brave.

I didn’t get so wise immediately. I saw what happened and I was terrified. I expected my bully to get angry and come after me even harder. I expected him to find me in a dark street one day and break my skull. I expected him to take vengeance, to teach me a lesson, if nothing else than for his reputation.

Neither of those things happened. The bullying stopped completely. I have been waiting for weeks, frightfully, my mind painting bigger and darker scenarios how my bully is plotting to get back at me. But nothing happened…

In the end, I’ve learned an important lesson. I understood something about bullying that bullies are born with. That they are not brave. They do it because they can. And they will do it as long as they can. And that bullying only works as long as there is no credible pushback. And once that pushback happens, once their determination and bravery is tested, they turn out to be risk-averse cowards. They are not dead-set on bullying me, they just do it because they can. While they can.

Of course, the pushback must be credible.

Of course, a half-hearted, unserious pushbacks will be met with punishment from the bullying autocrat. What Orbán meant when sending the message that he only understands force was a credible pushback. Actual consequences, where it hurts. Something that doesn’t let him move forward the way he was moving. And then he will stop.

The pushback must feel like a solid brick wall for the autocrat. It must look like an unmovable obstacle – or even better, it must look like a credible threat of loss. And it can be any little loss. Remember, he had stolen such an exorbitant sum, he is now sensitive to any losses. He never had to suffer them, he is not used to them.

Because the autocrat is not brave – he just managed to eliminate consequences so he doesn’t have to fear them. He is not dead-set on oppressing – he just found that he could do it. If he failed at it, he would be doing something else – probably trying to gain popularity for the elections. Trying to gain your love. Trying to gain voluntary support. Like a future abusive husband when he is still in the dating phase. 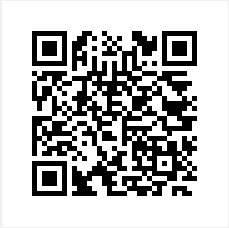