Even 50% of Fidesz voters want the EU, rather than Orbán, to distribute the funds. 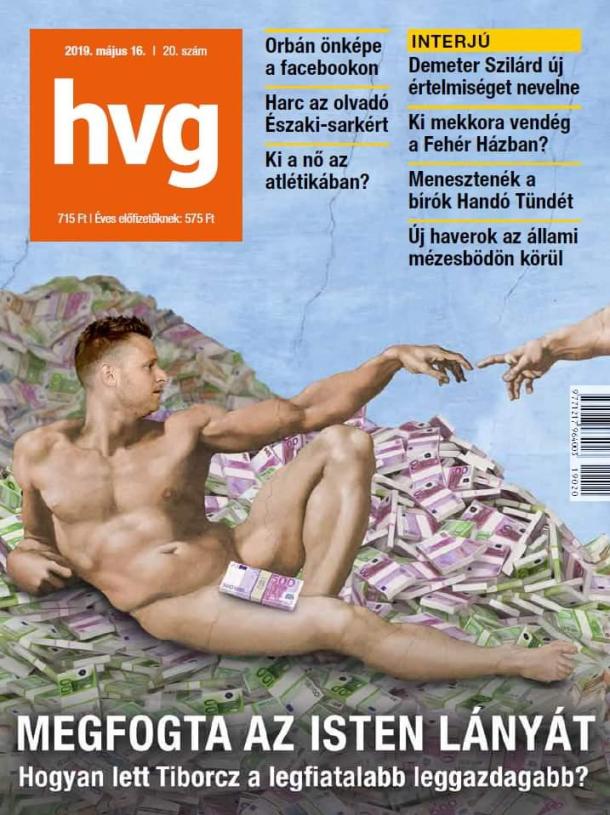 This week’s front page of HVG, the weekly whose posters pissed off Fidesz and disappeared from public places. This week they put Orbán’s son-in-law on the front page as Adam bathing in wads of euros, with the title “He caught God’s daughter – How Tiborcz became the richest the youngest?” referring to the 20-something’s appearance on Forbes’ list. (Hint: when OLAF proved that he was rigging EU-funded tenders, his father-in-law rather paid back the money from the taxpayer’s pocket, just to have the case dropped by Brussels. He had also dealt with Microsoft procuring software for bureaucrats in a deal that had heads rolling at the software company – but nothing happened in Hungary. And that’s just 2016…

Momentum commissioned Median to conduct a representative survey about Hungarians’ attitude towards the spending of EU funds. The two major findings were that

Curiously, no one found that we need more absurd spas and “local tourism” investments, Curiously, culture, sport, and environmental concerns were also not high on the list of worries.

In the cycle between 2014-2020 over 35.4 billion euros of EU funds will be distributed in Hungary – and the Orbán-government disposes over 34 billion of those. But the rampant and conspicuous corruption around the spending of the funds (on barely concealed private residences, absurd spas and “local tourism” on the local level and Orbán’s family on the national level) has exasperated even the most ardent Fidesz-supporters.

Orbán refuses to let Hungary join the European prosecution because can’t make them loyalists, who would simply refuse to bring Fidesz loyalists to court, like his Hungarian prosecution does.

At this point it is truly unimaginable that someone who is not part of the loyalist gang could ever apply for EU funding and win. They leave no crumbles for outsiders (loving Orbán unilaterally doesn’t make you a public money recipient). Orbán fought Brussels to gain full control over the distribution of EU funds at the same time he wrangled the funding for civil society out of the hands of the Norway Fund. Hungarian public procurement is even more out of reach for outsiders. The minister’s wife, on the other hand, can get 30000 euros for a board game that didn’t even happen. And since there’s no independent prosecution, she is safe.

Featured image: This week’s front page of HVG, the weekly whose posters pissed off Fidesz and got banned from public places. This week they put Orbán’s son-in-law on the front page as Adam bathing in wads of euros, with the title “He caught God’s daughter”