If we want to understand what’s going on around us, art is indispensable. By showing us our own behavior it has the power to call out stupid and make us adjust it.

Any other country appears to be able to put on a show about its present-day politics – even to attack the ruling regime in it – except for Hungary. No guns are fired, no actual violence befall the opposition (or very little), and yet, the people who stayed in the country seem paralyzed to even dream of telling their honest stories. Or at least no one dares to finance it.

Hungary can’t wait another decade before a film gets made about today’s mistakes and critics applaud how well it captured the 2010s. So here are a few stories and characters that need to be sung. Every resemblance to real people or events is entirely due to some cosmic coincidence.

LoyalBoi was a 22-year-old nobody, but with strong national feelings. Everyone has that these days, except the traitors, LoyalBoi thinks.

Young, restless, and hungry – but with no idea what his ambitions should be directed at. All he knew is that the only route for wealth is in the “NER”, i.e. becoming the member of the in-group, the group of success, the Family. And he felt really close to it, having been born in the village next to Orbán’s birth village. He was so close – and yet so far.

He knew what he had to do. He had to make himself useful for the Family. He had to show his loyalty – a virtue he respected above all. One must know where he belongs and be ready to give his life if necessary. And he will be always taken care of. Once in, he cannot fail. They will defend their own. But first he had to make his bones, so to speak. Like when they kill someone in the mafia and then they belong to the Family.

He contemplated his credentials. His parents were always cautiously apolitical, they learned it in communism, so that was good. But he had a half-sister who was once photographed with a “Women are people, too” sign at a protest. That was bad. Orbán has been king since LoyalBoi was 12. That was all he knew. And that everyone hated the “wild capitalism” that was before. Or “communism”, he heard conflicting accounts of that. But whatever it was, Orbán saved us from it, and LoyalBoi couldn’t understand how anyone could not see that and deny him their loyalty. Traitors. As far as he could tell, everyone owed Orbán for their lives. He was way too lenient with traitors.

LoyalBoi was not talented in any way and dropped out of school at 16, when it was legally possible and his teachers encouraged it. He was handsome with lean muscles as he liked to work out – and it made him believe that he was destined for something more.

He had no education but he had one skill: he could clearly see the power lines. He even saw them in school. Students freely advocated the murder or at least concentration camps for migrants, so that was allowed. But they accused each other of being Jews and fags, so that was a no-no. Kids who were accused of being Soros-mercenaries were frightened. He took note. Kids’ parents showed extreme deference to Orbán, even the ones who obviously hated him. LoyalBoi was a smart kid and that was all he needed to know.

He had also learned that joking about setting gypsies and the homeless on fire in casual conversation earned him friends. Once he did that in front of a teacher, and the teacher dared to confront him, and LoyalBoi was scared shitless for the rest of the day. But to his surprise, it was the teacher who got disciplined. He left the school shortly thereafter and moved abroad because a teacher who was fired could never find another job as a teacher. He was now washing dishes or something – and that gave LoyalBoi an enormous rush. He felt power for the first time.

From then on he knew that he had power over everyone that way. One day LoyalBoi set a trap to the new gym teacher. He was a flashy little fag, always flexing his muscles and trying to impress the girls. LoyalBoi didn’t understand why he still had a job, so one day he printed himself a T-shirt with the anti-Soros government poster on it (and his own words added for good measure) and walked into gym class. Just as he expected, the gym teacher sent him to change, but the other kids told their parents and the gym teacher was fired. Couldn’t get another job in town, he had to make himself very small and make do with odd jobs in the private sector. The private sector was evil. He will never make enough to have a family and never get a house subsidy. That’s two out of two teachers. LoyalBoi knew he had mastered the system. Eventually even his parents shut up when he was around and that was the absolute best.

His career started when he found the first man to report. He knew someone who worked for the local MP, the only successful entrepreneur in town, and he thought he could get a starter position if he delivered evidence against someone who didn’t like Orbán. The higher-ranking the target, the better. He set his eyes the only non-Fidesz businessman in town whose daughter he once wanted to date but the smug bitch went to study abroad because she thought she was better. He provoked her father at a public event and the man told him to shut up. He called him a Fidesz-follower in a demeaning tone, and that was all LoyalBoi needed everyone to hear.

He was duly rewarded with a minor position at the local council – but he quickly noticed that he was only one of many who aspired to the same thing: being given a house for their services. To be specific, they wanted the council to let them participate in the scheme when the mayor would assign them a council house, which they would get to buy at third of its market value, get a loan from a NER bank for it – and then resell it at market price and repay the loan immediately. It was a neat little scheme, getting loyalists their first few millions.

But it has been running for 9 years by the time LoyalBoi got there and people were competing for the same three council homes left. And they all seemed to have figured out the same recipe LoyalBoi thought was shrewd. For the first time, he was afraid that someone might want to use his own tactic against him and kept his mouth shut – or so he thought. Actually, others considered him boastful and too verbose for his own good. But LoyalBoi didn’t know that.

His lucky break came when he was asked out of the blue to drive the car of Mrs. Macy, the wife of an oligarch, who stormed out of a council meeting one day and needed to get away quickly. LoyalBoi knew it was the closest he can ever get to the center of the power. He almost felt it burning his skin as it radiated from the back seat. All his brain cells were furiously working on a plan to use the situation for his benefit, but he was wary that such a high-level NER-member might see right through him. Mr M. was feared and angering his wife could be a bad idea.

LoyalBoi pondered whether she might take a lover and take him into her confidence. He was thinking up opening lines, but then Mrs M. started fuming at some state secretary that LoyalBoi had never heard of, but he knew it was his chance. He told her he knew something that could finish off the pesky state secretary and that he would be willing to do it for her.

It wasn’t true, but you have to fake it till you make it, right? After all, how hard is it to find dirt on someone? It doesn’t even have to be true.

His success was immediate. Mrs. M asked him whether he wanted to make a million a month… 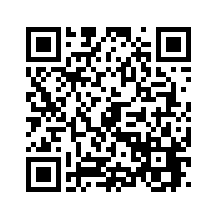