For the first time in human history, rulers can use statistics to gaslight their own populations.

What matters more in politics: perception or reality?

You may think it’s an easy question. You may also think that you cannot be fooled by perception – only others can – and that’s exactly why you can be.

Your politicians face this dilemma every day. Should they work to fix the economy – or to fix the perception of it?

If the economy is good, the stupid peasants (that’s you and me, dear reader) won’t thank him. They may not even notice it. They may take it for granted. Or worse: they may take it as the result of their own hard work and not give credit to the politician. (Especially if the economy is good exactly because the politician didn’t interfere with it and allowed logic to set in.) People may even mistakenly perceive the good economy as bad – and vote the politician out of power.

If, on the other hand, the economy is bad – but the public perception is that it is good – our politician will get rewarded: adored and reelected.

The conclusion for the politician is clear: If you leave it up to the people, they can

1) unfairly decide that the economy is bad, and even if it is good, and
2) he won’t get rewarded for it.

A politician must not let the peasants decide it for themselves whether the economy is good or not.

In the meantime, trying to fix the economy is hard work. It is resource-intensive and leaves less bandwidth for PR. If the politician has to split his resources between PR and actual work – doing the actual work and taking away resources from PR can be a fatal mistake.

To paraphrase Machiavelli, perception matters more than reality because the politician controls perception, but he doesn’t control reality.

And besides, if enough people have the same perception – it is in itself a kind of reality. Or at least that is the conclusion populists of all stripes have finally come to.

And for the first time in history, the politician has the tool to shape perception: official statistics.

Take inflation, for instance, the most politically heated piece of statistics (next to the GDP) that has everything to do with the quality of life you can afford.

According to Investopedia “inflation is a quantitative measure of the rate at which the average price level of a basket of selected goods and services in an economy increases over a period of time. It is the constant rise in the general level of prices where a unit of currency buys less than it did in prior periods. Often expressed as a percentage, inflation indicates a decrease in the purchasing power of a nation’s currency.”

How much your money can buy depends hugely on what you buy, of course. They do have specialized purchasing baskets for pensioners, companies, industries, etc., but there are hundreds of such confusing indices, all with complex, obscure methodology that no one will ever read, nor understand. So what matters politically is the headline inflation rate.

Most of us, working age young adults, spend most of our income on housing (renting, buying, mortgage). And yet, housing is excluded from the headline inflation rate.

And even the official numbers of what proportion we spend on housing look stunningly good. They claim that we can get by spending as little as 30% of our income on housing, which is almost unheard of IRL. It is as if I was the only person in the world spending so much of my income on rent. And that’s not a coincidence.

In the meantime, property prices in places with an actual economy have doubled, tripled, quadrupled in the last decade – caused by the bank-saving quantitative easing (money printing to pay back the banks’ debt) and the flight of hot money from the economic insecurity of autocratic regimes like China, Russia and the Middle East.*

Your wages (and pensions) in the meantime, slavishly follow the declared inflation rate. Everything is supposed to be awesome – except you are treading water and slowly drowning. But if you complain, politicians, commentators and their followers (including your own family who already own houses) will be quick to point out that it is your individual fault. It’s probably because of your avocado-abuse.**

Statistics is how your politician can tell it in your face that you are living in an economic fairy tale of his making (our econ minister actually said that) and if you are struggling, it is your individual failure.

The same political hypocrisy played out after the oil crisis in the 1970s. Fuel prices got pulled from inflation calculation – even though they stayed very much in people’s purchasing basket. The excuse for pulling it was that they were volatile.

A rational, reality-oriented voter might think that hey, volatility is exactly why I need to know how bad I’m doing because of inflation – but a reality-oriented voter is rare and far between. The rest of the voters looked at the fuel-free inflation rates and concluded it must be their fault they cannot afford to commute without starving their children.

Before the 20th century, it wasn’t exactly the habit of leaders to annually publish how much of its value your money has lost. They have happily devalued money by diluting the gold in coins or printing as much paper money as the printers could cope with – and people were left with a collective guesswork of how bad the situation might be.

The official measurement of inflation has only started in the 20th century – so did GDP calculation, another great political tool. Political rulers may have lost the tool to freely devalue your money, but they gained a Jedi mind trick instead.

They can now shape the perception of the entire population by telling them in their face that everything is awesome, there is barely any inflation – in fact, they are concerned that there isn’t enough inflation – while said population can’t get ahead and their money doesn’t buy them a place to live anymore.

“There is no inflation.”

To be fair, the alternative to politicians performing mind tricks is not politicians being honest. It is politicians using force.

Depiction of your average politician.

To say that inflation numbers are manipulable is an understatement.

Statistical offices all over the world are state institutions, performing rituals and assembling numbers in the prescribed order – while they may or may not know what those numbers mean and what they don’t, how those numbers were collected, and why were those exact numbers collected in the first place. Those nuances of methodology are beneath everyone, especially economists – so they are the obvious starting point if you want to achieve the desirable headline inflation rate.

Politicians can literally build their economic gaslighting strategy on economists not understanding the methodology and meaning of statistics. Let alone voters.

To give you an idea, the price of the state lottery ticket has once been part of the inflation basket with a weighting of 25%, no less. In other words, a politician could just make the state-owned lottery company not raise the price of the ticket for a decade, and that was 25% of the purchasing basket taken care of.

Another mind trick took place in 2014 in Hungary when the prime minister campaigned for reelection as The Protector From Evil Utility Bills and ordered utility companies to reduce their prices by 10+10%, and then to freeze it. The price reduction shock should have led to a sudden slump in the annual inflation rate, but it did not happen. The room has opened to raise some other prices, print some more money, or conceal some other economic unpleasantness.

As to why economists are not crying murder, you must understand the pressure to conform in academia. Young people going through their training may try to ask big picture questions, they may ask why something is calculated the way it is, they may ask whether that number means what they say it meas – but if they do it too often, they won’t be picked by their seniors for grad school or important jobs. No one wants a newcomer troublemaker to destroy their well-oiled way of doing things and embarrass them with the revelation that they might have done things wrong all their lives.

Not to mention that some of them actually do know that they are lying by numbers. Economists are not less corrupt intellectually than any other academic field. They want their own cathedra, department or directorship just like the next academic. If all it takes is being the evening news talking head and taking the official numbers seriously – so be it.

And finally, politicians know the importance of statistics. They are called out on statistics, they are attacked because of those numbers – of course they try to manipulate them.

And despite decades and centuries of faking statistics, everyone still believes them on a country level – even the ones that come out of autocratic regimes where the apparatchiks assembling these numbers are dependent on their masters even for keeping their lives. Talking heads know it – yet they discuss official data coming out of dictatorships with a serious face. And get very well paid for not looking behind the data.

For a politician it’s a no-brainer. The perception of the economy must be manipulated, even when it is going well. Not to mention that perceptions can be manipulated with political tools – while economic reality cannot. You can growl at your underling and make them rewrite the data – but you cannot alter the economy with sheer will. You can only do that to people. 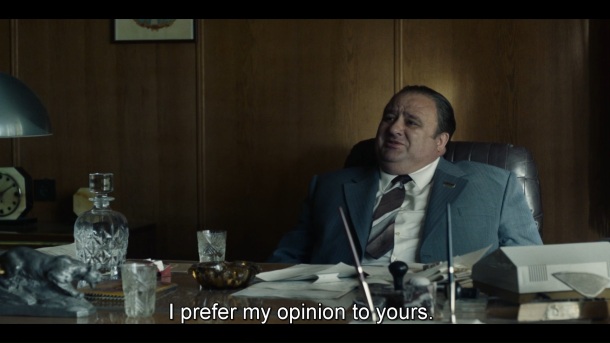 Reality cannot be altered by political will. Only people can. Denial of reality is a feature of centrally planned systems, not a bug.

* It may be easy to pocket huge sums in top-down autocracies if you are favored by the current ruler, but you know you can fall out of favor any minute, regardless of what you do, and when that happens they won’t let you keep your property. The West may be eternally declining but I still don’t see people moving to the political East for safety, security or a better life, free from the rule of law.

** Thanks to modern mass production, the price of commercially produced products and services, such as food, have seen a spectacular decline, so we don’t spend most of our income on getting fed anymore. If it were state-produced, we would still be starving and couldn’t afford the little they manage to produce despite corruption and lack of individual responsibility for production efficiency.