Sometimes things are what they look like. This is the first row of Orbán’s audience at his annual state of the nation speech in 2020, an invitation-only party event before a heavily screened audience. 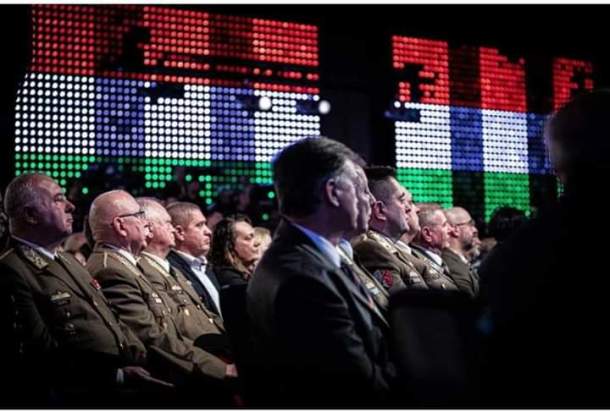 What are military leaders doing at a party event in uniform? Photo: Orbán Viktor / Facebook

This is one of those things no one saw coming.

For the record, before February 2020, there have been no analysts who would have bothered to analyze the role of the military in Orbán’s regime.

Indeed, it is forbidden for members of the military to participate in political party events in uniform. And yet, they have turned up and filled the first rows at Orbán’s 2020 state of the nation speech.

Anyone would be forgiven to believe that this event is an official state speech – like the state of the union address by US presidents. But it is not. It was Orbán’s personal invention that takes place in front of a heavily filtered audience, behind massive security walls, and it is invitation-only.

Indeed, the official evaluation of the year by the prime minister before the parliament was scheduled to take place the Monday after Orbán’s state of the nation – but Orbán failed to attend the second. He was busy going to church. 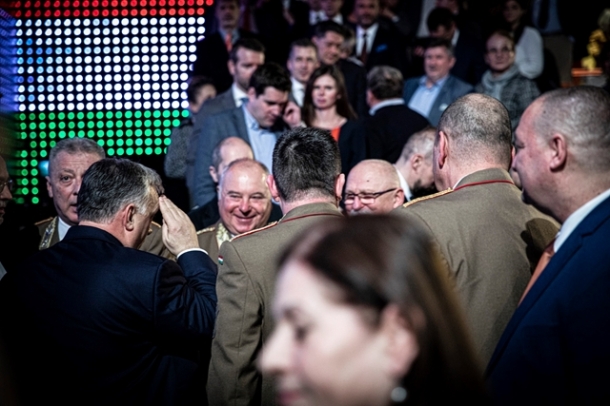