66% of Fidesz voters have no idea the pandemic situation in Hungary is worse than other countries.

There is a recurring question whether “Hungarians” know this or that. Or what “Hungarians” think about Orbán.

Apart from the difficulty of defining what “Hungarians” are in this question, there is the slight issue of parallel realities.

Take the pandemic, for instance. Even on the most superficial level Hungary is not doing well. Quite the contrary. By April 2021 we have taken over the lead in daily Covid deaths and by late April it has led to claiming the first place in Covid deaths per capita.

According to the official data, which is spectacularly scarce and which is often caught to be politically manipulated.

On the day Orbán (because it is wrong to say that anyone else is calling the shots here) decided to reopen, daily covid death numbers have peaked at 311 deaths.

That is the equivalent of 10700 people dying in the US. In one day. Covid only. (On the worst day of the pandemic 4409 people died of covid in the US.)

As we plateaued near that level, we have eventually broken the morbid record of total deaths per capita. In the world.

Here is the data according to Johns Hopkins, Statista.com and the ever-reliable Wikipedia.

One would think that surely, this must break through “Hungarians'” consciousness. But one would be naïve. Only 25% of respondents thought that the covid death rate in Hungary is ‘bad’ or ‘very bad’ – and only 11% of Fidesz voters thought so.

And to see why, one only has to take a look at Orbánist media. It is having an impact not by sophistication but by sheer force. The vast majority of the country is fully isolated from any other news source and has been listening to Orbán’s spin for over a decade now. (That latter part you can definitely not imagine on yourself. No one can imagine what he would think if he didn’t know certain things.)

For people who live outside of cities and/or don’t follow foreign news sources or the remaining islands of online media, it is like living in a cult compound, isolated from the outside world. Think about your crazy uncle wrapping himself in Q Anon videos on YouTube. It is like that, just not voluntarily, and not by an ill-conceived algorithm. It is by government design. 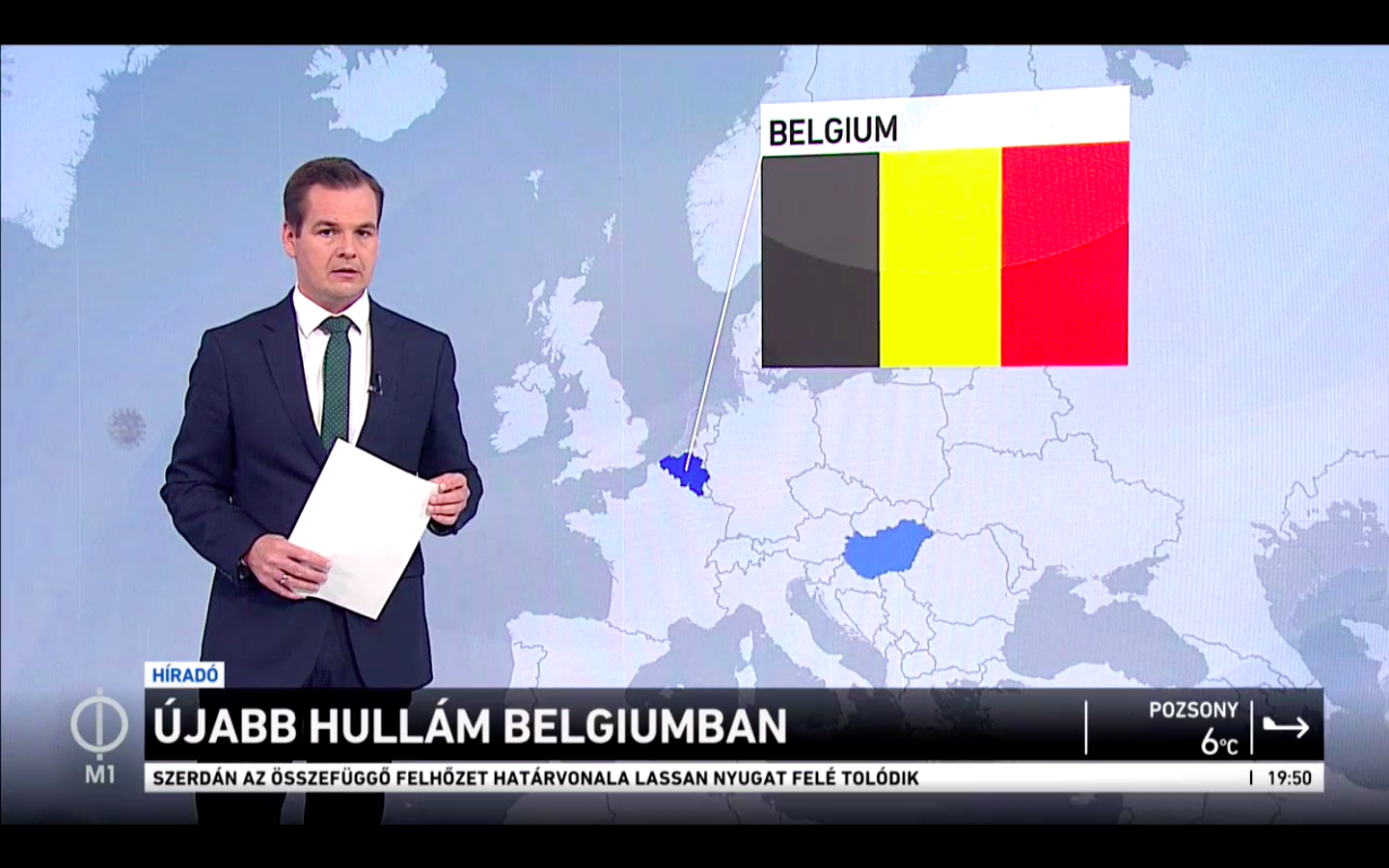 This is the evening news segment from March 17, when covid deaths started hitting all time highs again in Hungary. It was titled “In Belgium they don’t even know if the third wave is raging or the fourth” and it goes like this:

2 minutes and 15 seconds about Belgium – One sentence about Hungary.

The two countries are almost the same population size (Belgium over 11 million, Hungary 9.6) so the numbers are more than comparable.

We get a lot of colorful details about the terrible lockdowns and restrictions Belgians have to suffer and learn that Belgians are protesting for opening, but their government is failing to vaccinate as fast as Orbán does. Orbán’s communication focus went from deaths to vaccinations and is hoping to pull a Boris and distract from all his failures by focusing on that. And it is apparently working because he can keep hugely significant information secret from most of the country.

The same segment had only one sentence about Hungary.

They mention that 195 people died of covid that day. Completely without context.

They fail to mention that it was an all-time high even in Hungary – let alone international comparison.

So this is how it happened that when a month later Median surveyed Hungarians, people were irrationally satisfied with how Orbán handled the pandemic. Two third of respondents had no idea that Hungarian covid death rates are among the worst in the world. (Actually, the worst.) They are under the impression that the world is a covid-ravaged cesspit while Hungary is a clean and well-coping pool of soothing calm.

It also helps that hospitals and doctors are not allowed to talk in public, least of all to mention numbers.

It helps that the pandemic data is centralized and jealously guarded by the government, who share so little of it, only Uzbekistan fared worse in terms of amount and quality of pandemic data shared with the ungrateful public. Even worse, no one can fact check the official pandemic numbers because they are presented in formats that are designed to keep it that way.

So while only 25% think that the pandemic situation is ‘bad’ in Hungary – despite being the worst in the world in terms of deaths, even after vaccination – 88% of people are delighted by the vaccination rate (98% of Fidesz voters).

So maybe Orbán did manage to pull a Boris, after all.