The 1MDB scandal has rocked Malaysia and impoverished its taxpayers by 4.5 billion dollars. It now has a challenger for the title of “largest kleptocracy case to date”. 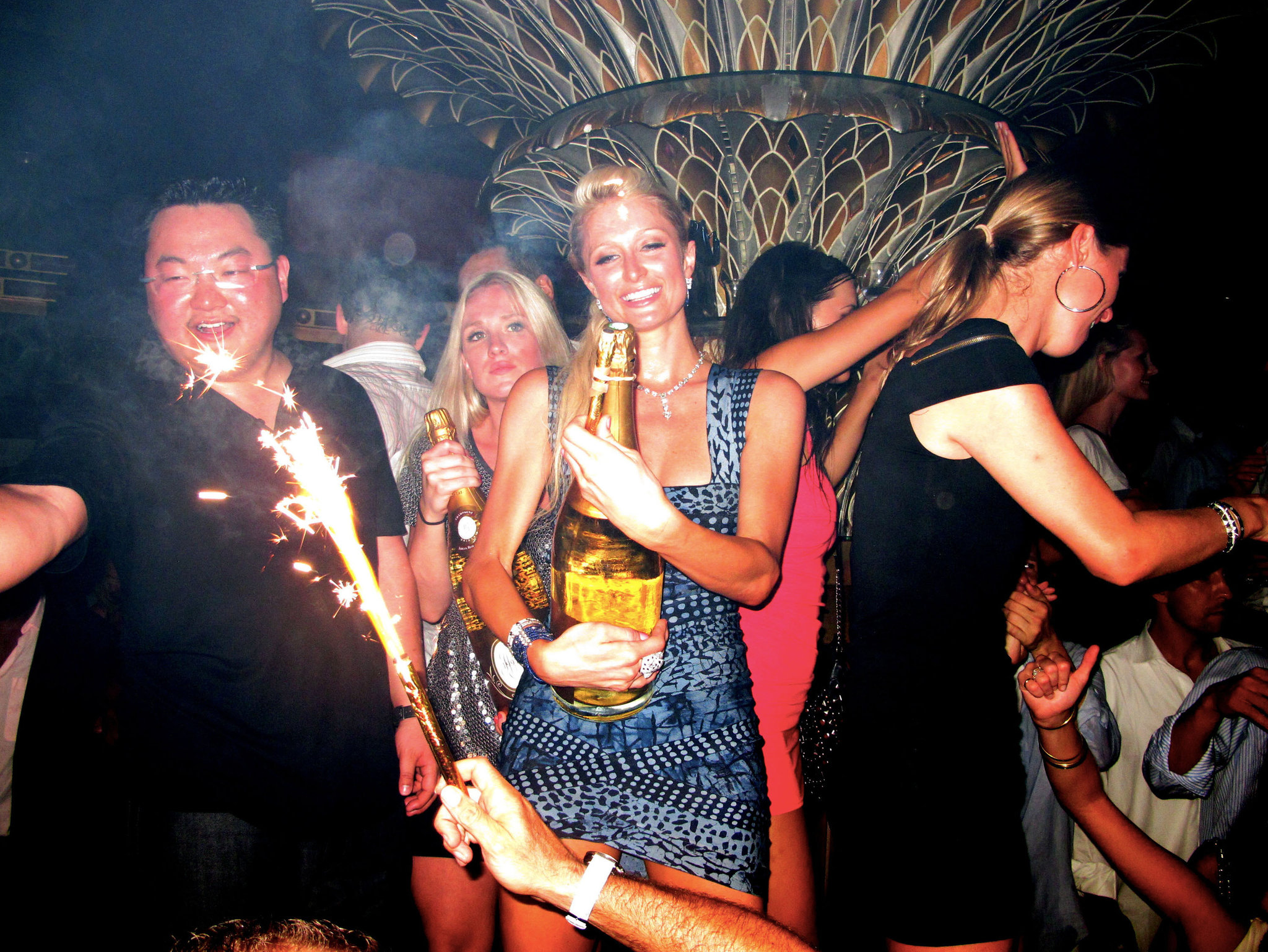 MO1, or Malaysian Official 1 was the name of the Malaysian prime minister, Najib Razak, in the official investigation of the United States into the defrauding of the people of Malaysia. The Malaysian taxpayers have been ripped off to the tune of 4.5 billion dollars through a “strategic” company called 1MDB that Najib used as his personal piggy bank and slush fund. The scandal led to his downfall and eventual conviction for abuse of power, money laundering and corruption – and 2 years in prison.

O1G was the cheeky name given to Orbán by protesters against his similar kleptocratic schemes to channel taxpayer money into asset management “foundations” and then to make them private. Although Najib’s 4.5 billion scheme was dubbed “largest kleptocracy case to date” in 2016, O1G might surpass it by channeling over 10 billion dollars in cash and assets into wealth management entities and giving them to loyalists. And that is just since 2020.

There are lessons from the 1MDB scandal for any aspiring kleptocrat:

The unraveling of Najib’s simple AF scheme started in New York with a curious (because American) journalist who started looking into swanky penthouse purchases to the tune of 30 million dollars by Najib’s front, Jho Low. He also invested 200+ million into the production company that made The Wolf of Wall Street, with di Caprio alone receiving a 25 million honorarium. (That might have been the only money well-earned from the entire 4.5 billion – too bad it was not supposed to be from Malaysian taxpayers.)

The investments in the US were also the reason the US had jurisdiction in the case.

If you are in the business of kleptocracy, you should stay away from countries with independent media coverage and prosecution that is not under the thumb of a fellow kleptocrat. The press take an interest because that is literally their business and make your scam public. And if they do so, even the laziest and most corrupt prosecution might be shamed into investigating you.

Investing and keeping your ill-gotten money in an eastern autocracy, on the other hand, is unsafe for a different reason. Who knows how long will be private property be respected in general or in your case? Besides, who wants ten penthouses in Beijing or Moscow rather than NYC or London?

What would not work against the leader of a major power might fly against the prime minister of a less consequential country. The US may not pursue such an investigation against the leader of a country that is either powerful or under the protection of a major power. But what happen if your kleptocratic overlords don’t mind letting you be caught? Does “loyalty” work both ways and when it matters to you – or only when they ask you favors? In a world of reliable alliances this issue is clear – but Orbán worked hard to undo that world and he is now at the mercy of his Chinese and Russian overlords to not drop him.

Jho Low was picked as the trusted man to handle Najib’s funds. But in a true nouveau riche fashion he had used it to hold a 100 million dollar birthday party for himself, paid Britney Spears to sing ‘Happy Birthday’, Paris Hilton to carry his champagne, di Caprio to rap onstage and Psy to perform ‘Gangnam Style’. He also paid for Jamie Foxx, Kanye West, Kim Kardashian, Robert De Niro, Benicio Del Toro, and swimming champion Michael Phelps to grace the event with their expensive presence. Without taxpayer-funded (involuntarily) animals like these who would ever pay for outrageously overpriced luxuries? Someone who actually worked for their money would not spend so frivolously.

Jho Low acquired winning manners and a taste for luxury he could not afford during his expensive private education in Britain and at Wharton. He eventually got hold of the means to live his dream and feed his western celebrity habit by getting hooked up with Najib’s “strategic” fund that was supposedly meant to serve the wellbeing and economic development of the Malaysian people. (They didn’t specify which Malaysian people they meant but it soon became apparent.) He was apparently hired to manage the fund – not sure Najib meant it this way.

Most famously the funds were used to finance Scorsese’s The Wolf of Wall Street with Leonardo di Caprio in the title role. It is a good movie but it was very expensive. It is now also the property of the people of Malaysia after the US took the unprecedented move to confiscate the movie in the criminal investigation into how it got funded.

Just last weekend Orbán’s top oligarch who is widely regarded as his front got remarried. His outrageously over-the-top wedding might have been a secret kept behind big black cordons and a wall of security, but the rumors that Rod Stewart might have been the start entertainer appear to be well-funded. His fee is a modest 1 million+ dollars according to his agency and that is a far cry from Jho Low’s birthday bash, but the problem is the same.

If you are in the business of soaking up the money of hapless taxpayers, stay away from western exposure and try to enjoy Russian or Chinese music and celebrities instead. That way your conduct will never come out because those places don’t have a media that serves the public and you can tap any number of eastern celebrities in private.

It applies especially if your bread-giving master, the kleptocrat, is spouting an aggressively pro-East rhetoric, trying to make the point that the future is there, even though we can’t see it from the closed and censored media and the lack of cultural appeal. Everyone seems to be flocking to the West but you must perform the opposite movement if you don’t want to out your master as a hypocrite.

The capital mistake that made Najib exposed to the law is that he was dumb enough to transfer 700 million dollars of the slush fund into his own account. The information then was sold on the dark web and bought by aforementioned curious journalists.

According to the documentary Najib used the 700 million as an election slush fund. There were also inane luxury purchases like a room full of handbags, dumbass diamonds ( a single one cost 28 million dollars) and other really stupid ways to spend ill-gotten money that only the nouveau riche could come up with and only a really classless person would envy. If they stole all that money for this, it wasn’t worth it.

Information like the whereabouts and contents of a kleptocrat’s private bank accounts may be something secret services know – but politicians don’t out other politicians for corruption. That’s like reporting each other for doing what they consider their jobs, essentially. But sometimes those bank statements find their way into the dark web and get bought by journalists or interested authorities.

That is exactly what happened to Najib whose personal bank data was offered for sale of the dark web and provided evidence even the legal system couldn’t explain away.  If it wasn’t for that mistake, he might have run free, claiming with a straight face that the 1MDB billions were somehow still meant to make Malaysian people better off, he just didn’t know how it was spent and that a 100 million dollar birthday party and billions in “investment” into a newly founded Saudi oil company will not accomplish that. He was just incredibly silly, not a thief, okay? That argument generally sits with courts when they try politicians.

Jho Low appeared to have been the name on the bank account the dear Malaysian first couple used and once he was contacted because the first lady’s card was rejected in a Chanel store in Hawaii. (Really, how classless can they get?)

Hungarian fronts, on the other hand, don’t seem to be fully aware of what is under their name. There were instances when they were caught genuinely surprised when the press informed them that, say, sever hundred media outlets happen to be parking under their name somewhere, shortly before it was gifted on their behalf to Orbán. Who then put them into, yes, a “foundation”. Also, “strategic”. And that was just a bunch of papers a TV channels. Much bigger sums are flying around ever since Orbán failed to convince Brussels to keep giving money unconditionally. The situation would take journalists decades to disentangle and the sums involved are way beyond even Najib’s wildest and most corrupt dreams.

The first rule of kleptocracy is that you must gain power to be able to steal.

The second rule of kleptocracy is that you must keep power to retain immunity.

That’s about it for rules to remember. No wonder kleptocrats are willing to “embarrass” themselves with blatant election fraud to retain their (super)majorities. Otherwise they may go into prison.

It sets a very bad precedent in Hungary that not one of the criminal politicians of the 20th century saw prison, and Orbán duly noted. After a decade of protesting against it he turned around and became one of them. If this is a country without consequences – he can be a beneficiary and stop moaning about corruption.

In 2018 Najib lost his reelection campaign and was slapped with a travel ban to avoid escaping the country and his successor reopened investigations into the 1MDB scandal. They were charged, some wealth was confiscated and in 2020 he was convicted to 12 years in prison. Not for the real things, just some minor fraud that could be proved. Some of the siphoned-off wealth (that they know of) has been reclaimed, mostly by the US. Jho Low is still a fugitive.

It remains to be seen whether the precedents of one country can be applied in another. Also, whether legalized theft can be undone somehow – and whether there will be political will to do so. Because Najib was an amateur compared to Orbán when it comes to legalizing. He didn’t put it in his constitution, for instance, that money channeled into the 1MDB foundation is no longer public therefore it must never be looked at again.

Storyville, The PM, the Playboy and the Wolf of Wall Street (2020)