Babies on fathers and men in their kitchens
Women in pant suits and not dressed like kittens
Brown paper packages tied up with strings
These are the new most despicable things!

An opposition politician posted a photo of himself carrying his infant child. An Orbánist influencer was triggered.

If we needed to summarize the nationalist macho male approach the icky topic of boring, sticky, loud and annoying babies, it would be this: Babies are the most important thing – just don’t let them near men. That’s what we use women for.

They lump babies in with another group they only keep for its use: women. Let the hen folk serve the sticky bundles of joy, nationalist macho men curiously refrain from claiming any share in the biggest joy of life, dealing with the biggest treasure of the nation.

Indeed, they steer clear from children in real life – they only use them for political propaganda and to bludgeon women into dependence.

An Orbánist influencer whose claim for importance is having been a music TV host a few decades ago (and thus a bona fide voice that totally talks to youth) has been triggered by an opposition politician who posted a photo of himself in the kitchen (!) wearing a baby (!!!).

In his urge to lambast the opposition – which is also his job – he lashed out and reposted the photo with the comment “BRAVE NEW WORLD…” He may not have been personally threatened by the sight but he was trying to send the message to his followers that they should be.

Carry a baby and your dick will fall off. Or worse: you become a woman!

It was not even his first time getting triggered by opposition politicians’ social media. I promised brown paper packages, so here it goes. When another opposition politician posted photos of Santa’s gifts arriving in paper bags – as opposed to the proud Hungarian tradition of red plastic bags – he was equally triggered and he felt empowered to share it.

In that case it has worked. His commenters truly forgot that our proud communist era habits (crispy, tacky, red plastic bags) might not be something to point at as “proud tradition”. 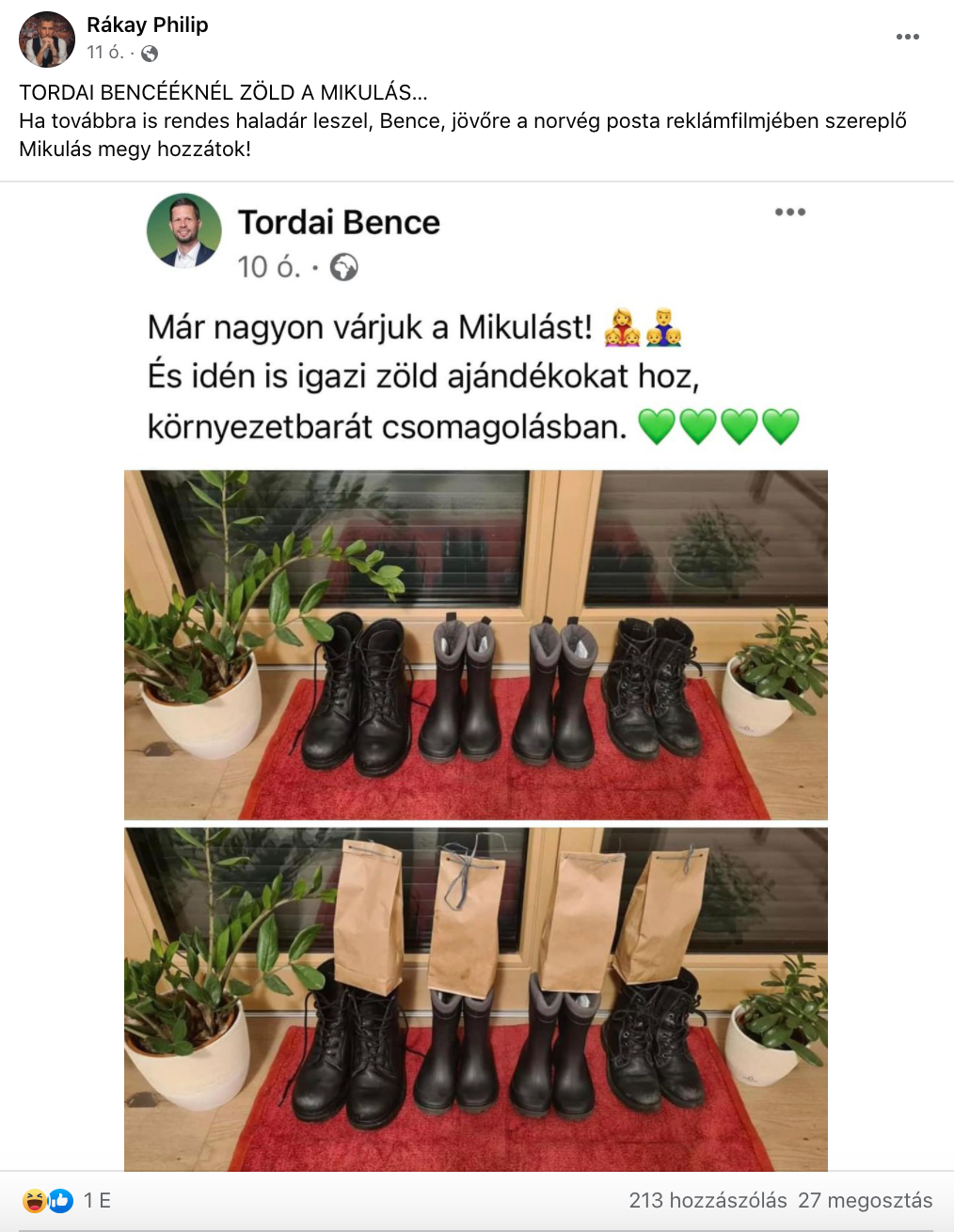 But not this time. When our ageing youth influencer tried to shame the opposition politician for carrying his own child even his own followers were confused. Some dutifully launched into the usual tirades of how the past was better and how fathers have no job around children between ejaculation and age 18. Others, however, struggled to keep up.

When the media caught wind of the hilarious self-own he deleted the post and tried various explanations like claiming that he only pointed out that the baby-carrying politician was campaigning, etc. But as the day progressed and the ridicule thickened he could not hold back and he went as far as calling into a radio show of an opposition radio host (!!!!) to whitewash himself. It didn’t end well because after all the convoluted explanations he prepared in his own defense he also mentioned, once again, the threat to masculinity that babies represent.

What will happen to the world if men will start touching disgusting babies? What’s next? Making their own breakfasts? Serving themselves sexually in bed? Where does it end?

As a reader pointed out this gem of an Orbánist influencer may not even be original. He may have stolen the baby-carrier scandal from Piers Morgan, another famous snowflake whose masculinity is threatened by virtually everything. When Morgan saw a photo of Daniel Craig carrying his own infant daughter last year, he had the same reaction: feeling triggered and unafraid of sharing his little feelings. 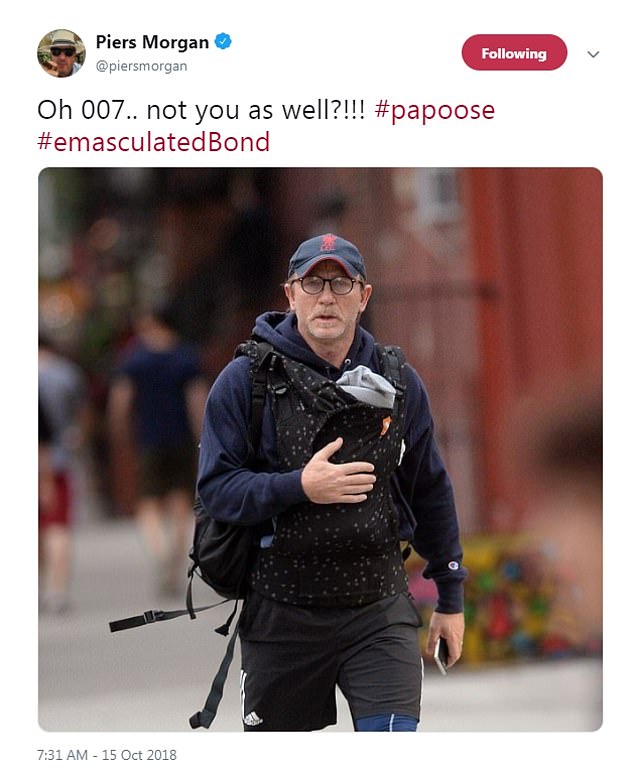 But I disagree. Imported culture wars are despicable and inorganic. But sexism is home-grown and this guy probably didn’t need any help with being cruel and anti-humane. It really does follow from the policies of The Most Family Friendly Government Ever.

Orbán also showcases his grandkids on his social media – but he is also unable to mention a female without also mentioning kitchens in the same sentence. He can’t contain himself even when the females in question are foreign dignitaries. Orbán simply cannot refrain from mentioning that they are women. It is as if they need to be reminded. He licks their hands rather than shaking it – as if he would to a real person – and says things like he “feels like a political bachelor” around them (the latter he had said to Marine Le Pen who visited him in Budapest before the latest big attempt at creating the Nationalist Internationale together in Warsaw).

Our Orbánist influencer has got money to start a social media campaign against the opposition and even his own channel. His posts are regularly sponsored Megafon, the government’s fund for amplifying poor, neglected “conservative” influencers, to the tune of tens of thousands of dollars.